New research published today (Thursday) as part of the TUC’s pre-Budget Statement finds that if average earnings had grown in recent years at the same rate as before the financial crisis, they would be 20 per cent higher. This means the average worker would be earning £95 more per week – almost £5,000 more a year.

The TUC analysis looks at nominal wage growth and projects actual earnings growth from 2008 at the pre-crisis average rate of 4.4 per cent a year.

Rising productivity is an essential foundation for medium and long-term improvements to wages, says the TUC, but eight years of economic underperformance has left productivity 16 per cent below its pre-recession trend.

This means there has been less scope for decent pay rises and average pay has fallen well below where it was before the financial crisis. If productivity had recovered more quickly, there would have been more scope for higher wages.

The TUC says that, if the economy is to grow strongly in the future, the government must act to deliver higher productivity; and it must make sure that productivity gains are fairly shared.

The TUC Budget Statement further argues that the UK economy could be doing much better than it is today. But the Chancellor’s extreme cuts, and an unbalanced recovery, have resulted in weak and fragile growth that is reliant on special monetary measures, such as rock-bottom interest rates, and rising household debt.

Business investment growth is weak, and UK investment remains amongst the lowest of OECD countries as a share of GDP. So rather than more extreme cuts, which will damage growth, productivity and wages, the TUC says that the priority must be investment in skills, infrastructure and innovation, along with action to make sure that productivity gains are shared with working people.

The TUC Budget Statement was previewed in a speech yesterday afternoon (Wednesday) by General Secretary Frances O’Grady at a TUC event on the Budget. The event also featured expert contributors from the Institute for Fiscal Studies and the Resolution Foundation.

“The Chancellor can say what he likes in the Budget; the history books already record him as the man who delivered the slowest recovery in modern history.

“The government’s failure to get productivity growing again has hit workers in the pocket, leaving them £100 a week worse off.

“It’s time the government stopped blaming others for its failure to mend the economy and took responsibility for delivering high productivity growth that everyone shares in.

“A new round of extreme cuts will do nothing to increase productivity and will harm growth and wages. We need strong, sustainable growth, which can only be delivered with a major programme of investment in skills, infrastructure, innovation and high quality public services.

“As productivity growth is restored, the government must ensure workers get their fair share through higher wages and decent working conditions. Britain’s working people are the true wealth creators and they deserve better than the crumbs from the boardroom table.” 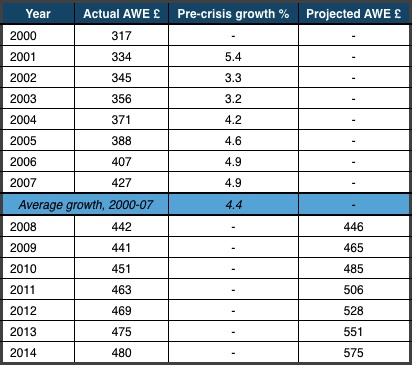 MPs, lawyers and campaigners call for civil partnerships to be extended to different-sex couples