The sellers and their agents across the country seem to be ‘testing’ the market for higher prices says Rightmove. All regions are seeing a rise in property asking prices; 4.8% in London, 3.9% the South East and West Midlands and 3.8% in the North West.

There are however some problems associated with this as Rightmove’s research shows that “Few segments of the market can currently justify higher property values than the price peaks of 2007/8” and that “Fewer than two in five buyers would arrange to visit a suitable property if they believe it is ‘overpriced’”.

The sellers and their agents may well be testing the market to see if they can squeeze some more money out of their property when they sell it, but will those all important buyers rise to the bait? One does doubt it.

Looking at house prices since Jan 2007 (graph below) you can see that the prices realised at sale as recorded by the Halifax, Nationwide and the Land Registry have been stagnant for some time but Rightmove asking prices have been edging up very slowly. 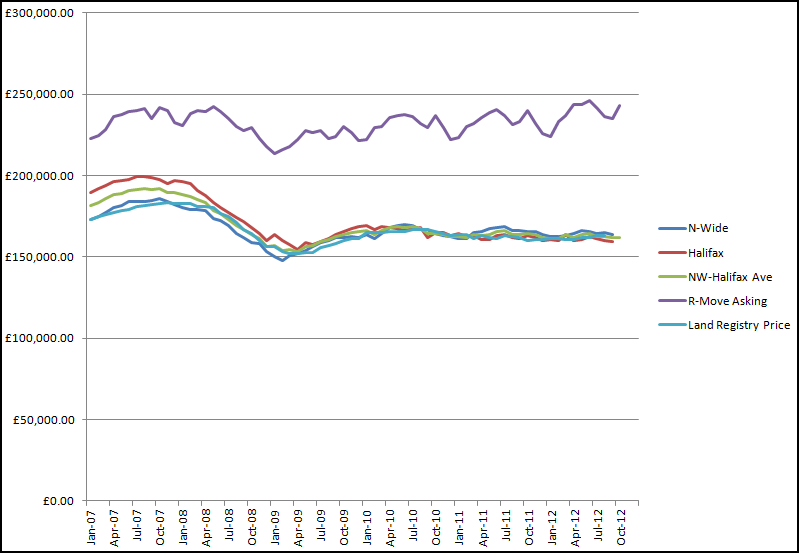 This gradual increase in asking prices can be seen from the next graph here. 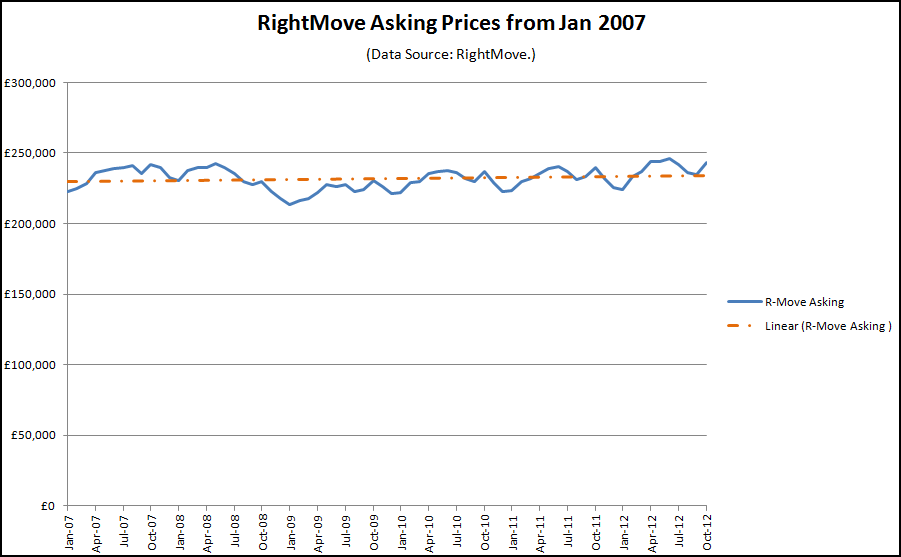 But when you compare the two directly you can see that sellers are becoming ever more ‘optimistic’ about the prices they can charge. The next graph shows the ratio between Rightmove asking prices and the average of the Halifax and Nationwide house price indexes over time. As you can see, back in January 2007 Rightmove asking prices were about 22%-23% above those that were actually achieved. But now it is somewhere between 45% and 50% (the final data point for October 2012 on this one graph is an extrapolation so is not accurate). 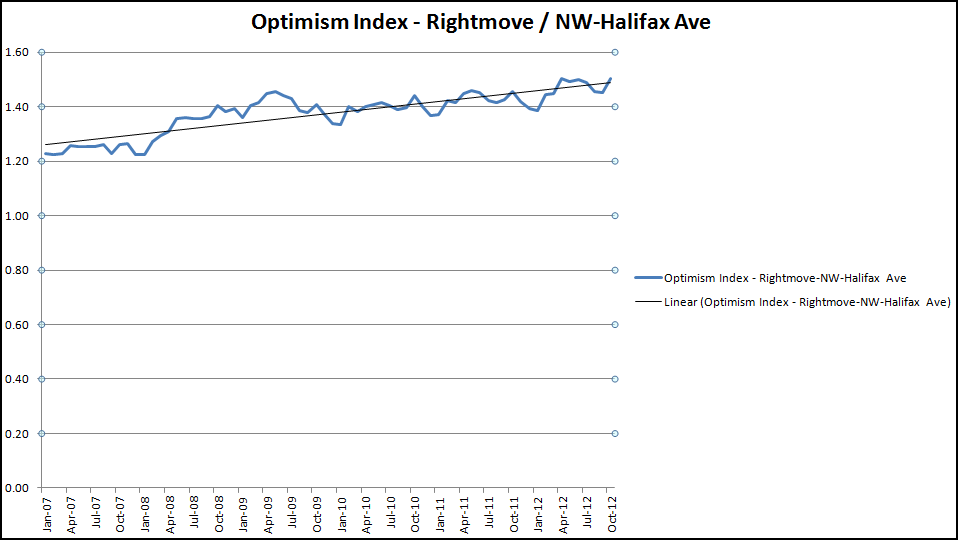 Bear this in mind when putting an offer on the table.