With the cold months approaching and the Met Office predicting a wetter-than-normal winter, there will be many people turning their thoughts to that dream bolthole in the sun. And it appears that there are many already doing so – the number of enquiries Conti has received so far this year has shot up by 37 per cent when compared with 2013.

And there couldn’t be a better time to make a purchase.

A timely combination of historically low interest rates, bargain property prices and a strong pound is making overseas property investment much more affordable, especially when you compare the cost with overheated parts of the UK market.

And these ideal buying conditions appear to be pulling buyers back to the market in their droves. Confidence is back.

More bang for your euro

Sterling exchange rates had a bit of a bumpy ride in the lead up to the Scottish referendum result in September, but the dust appears to have settled and the pound to euro exchange rate is hovering around €1.26 at the moment, having reached a two-year high of €1.28 in recent weeks.  And the pound’s growing strength is effectively shedding tens of thousands of pounds off property prices in the euro zone.

Rewind to last summer when the pound fell to a low of €1.14, and the difference is pretty significant when you apply it to property prices. It means that a €200,000 property in Spain, for example, is now more than £16,000 cheaper, showing just how much difference the currency markets can make. 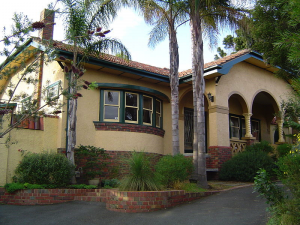 As for current hot spots, it’s the classic European destinations which are pulling the buyers in. There’s been a sizeable shift in interest for Spain in particular over the last 12 months, with the country accounting for more than half (51 per cent) of enquiries we’ve received.

Prices in some of the most desirable areas of Spain have fallen by up to 50 per cent since 2007, but after a very difficult few years, prices are starting to creep back up in some areas, and people who have been putting their plans on hold for the last year or two are making a move.

And contrary to popular belief, Spanish lenders are still willing to provide finance to foreign nationals, particularly if they can prove that they have a sound financial profile.  Buyers can generally borrow up to 65 per cent of the value of the property, and rates currently start from just 4 per cent.

France, which still accounts for one in three (29 per cent) of our enquiries, continues to offer a safe haven for British buyers. A slower property market has been pushing prices down, and under current market conditions, vendors are more likely to be receptive to offers lower than the asking price. Mortgage rates are at their lowest in more than 60 years, starting from just 2.2 per cent for a variable mortgage over 10 years.  Easy access from the UK, a familiar culture and good rental yields are also very appealing.

Portugal is also growing in popularity again. The country’s property market was one of the worst hit by the financial crisis, but with its economy on a much sounder footing, the country has waved goodbye to its worst recession since the 1970s. This has provided a boost to investors’ confidence, and is leading to an increasing number of buyers coming back to the market in search of opportunistic bargains.

Confidence may be returning, but it’s still vitally important for buyers to seek the right advice and not to leave their brains at the airport. They should always go through the same process that they would follow if they were buying a property in the UK.

1. Never sign a contract that you don’t understand. If two versions are provided, i.e. English and local language, ask your solicitor to confirm the English version is a true translation, as you need to ensure it doesn’t contain errors, omissions or extras.

2. Obtain a mortgage ‘approval in principle’. This will confirm you can obtain the necessary funds before signing on any dotted line and prove to sellers that you’re a serious buyer. And it costs nothing.

3. Consider fluctuations in the exchange rate. It’s generally advisable for an overseas mortgage and the income used to service the mortgage repayments to be in the same currency, to avoid any exchange rate issues.

4. Seek professional advice. Take independent advice from an English-speaking lawyer who is not connected to your seller, estate agent or property developer.

5. Factor in additional costs. Bear in mind that bills don’t end at the asking price. Lawyer's fees, local and national taxes, insurance, and so on can often add at least a further 10 per cent to your purchase costs.

6. Arrange a valuation. Before proceeding with the purchase, ensure an independent valuation of the property is carried out, which should point out any problems.

8. Do your homework. Conduct thorough research about local facilities and transport. People gravitate to locations with a nearby airport, especially if it’s served by a budget airline. But remember there are no guarantees that cheap flights will continue indefinitely in one location.

9. Local money. Open a bank account in your chosen country and, and set up standing orders in your local bank account to meet local bills and taxes. Failure to pay your taxes in some countries could lead to action by the authorities.

10. Tax. Check the inheritance and capital gains tax laws of the country where you are buying – e.g. it may be the case that your estate does not automatically pass to your spouse and you may need to compile a separate will.

Claire is Director of Conti, the overseas mortgage specialist – www.mortgagesoverseas.com