The DWP consultation on pension charging ends today (Thursday 28 November 2013), the Government has proposed a pensions cap at 0.75%.

Legal & General said that the proposed cap will be ineffective in driving down costs, and not tackle the big problem of legacy pension schemes where savers could be getting a poor deal.

"A Pension Charge Cap at 0.75% is a poor idea by the government.

"Not only will it potentially cost legacy scheme pension savers £4.3bn in lost savings, it will also be ineffective in driving down pension charges for millions of savers.

"Having a cap at a much higher figure will have no impact on new pension schemes, and will result in legacy savers being treated unfairly compared to new savers.

"Legal & General is in favour of having a meaningful cap at 0.50%, not only for new auto enrolment schemes, but for legacy pension schemes as well.

"It is here in the legacy world that savers maybe getting a poor deal, with fees at much higher levels.

"Competition is driving down the cost for new auto enrolment schemes, but is having no real impact on legacy schemes because employers have historically rarely switched suppliers."

The Legal & General figures reveal the impact of the 0.75% Pension Charge Cap proposed by the Government on the 3.8 million people being auto enrolled from April 2014 – when the charge cap is set to be applied. 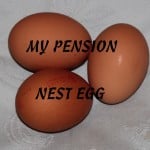 In April around 1.5 million employees working for employers who do not have a company pension scheme will be auto enrolled into a brand new AE qualifying scheme, charging 0.50% or less, where the default investment is a low cost fund (OFT figures for typical new AE scheme charges are 0.51%).

However, 2.3 million are working for an employer who already has a company pension scheme in place, for which average charges are 0.79% (OFT estimates). L&G estimates around three quarters** of these employees – 1.7 million, of whom the majority are not already paying into a company pension, will be automatically enrolled into their existing (legacy) company scheme.

These employees will pay the higher charges until they retire – on average around 22 years.

The DWP estimates that a 0.25% higher charge will cost these employees (1.7million) around £2,500 each, which would amount to £4.3 billion over payment during a lifetime of saving in a legacy pension scheme.

** 2.3 million employees reduces to 1.7 million allowing for those who will not be eligible to be auto enrolled or might 'opt out'.