Protect yourself from rising radiation levels

The International Atomic Energy Agency (IAEA) has reported that radioactive iodine has been detected across Europe, from Denmark to Slovakia, with officials stating off the record that the releases are ongoing and the Japan Broadcasting Corporation has reported that Russia has also been hit.

Officials are downplaying the effects of Fukushima, however it is notable that radiation levels in the northern hemisphere were doubled by atmospheric nuclear weapons testing and Chernobyl also affected the entire northern hemisphere to some extent. Whilst Chernobyl was soon covered and involved just one reactor, Fukushima shows continued signs of fission [1] and involves multiple reactors. People should therefore take precautions assuming that some fallout will reach this far.

It is also possible that a recent explosion at a French nuclear site is responsible. However, with a history of cover-ups, we may never find out. For example, a nuclear melt-down occurred in 1959 when a nuclear facility suffered melt-down in California and that was covered up, yet it was reputedly worse than the Three Mile Island disaster. It could also be that NATO’s use of depleted uranium warheads and ammunition in Iraq and Libya is to blame. Depleted uranium was supposed to be reserved for fighting Russian tanks in the case of nuclear war, but they are now used routinely. The Low Level Radiation Campaign is campaigning against depleted uranium and other sources of radiation in our environment.

Meanwhile, despite using Sellafield to turn the Irish Sea into one of the most radioactive places on the planet, the UK government is planning additional nuclear power stations. Clearly, the anti-nuclear lobby has a long way to go. Environmentalists must for example embrace clean burning coal, presenting a viable solution if they are to hope for an end to our reliance on nuclear energy. Windmills and solar panels are simply not advanced enough yet to replace nuclear and maintain our way of life.

Andrea Rossi recently demonstrated that cold fusion is viable, with a demonstration of his E-Cat cold fusion generator in Italy. This potentially safe technology would provide unlimited cheap energy utilizing a proprietary catalyst to make nuclear fusion occur at a safe temperature. We could also be using thorium reactors, which cannot melt down and which do not produce as much radioactive waste, but these were rejected because they cannot create a nuclear bomb. 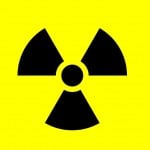 Others have been developing the use of harmonics and catalysts to massively reduce the amount of energy needed to release hydrogen from water using electrolysis, potentially providing another source of unlimited cheap electricity. With that technology, you could run your house and car on water distilled from the air using standard de-humidifier technology and from recycling water vapor produced by the burning of hydrogen! There would not even be a need to fill up the tank and your house could be full off grid, also using that technology to produce all of the water the house requires. However, there doesn’t seem to be any attempt to invest in cheap, clean sources of energy. Could it be that oil and utility companies are desperately attempting to maintain their control and profit?

Given that we have a long way to go at halting nuclear proliferation and replace toxic electricity production with something humane, it is therefore up to individuals to protect themselves from the radiation being released now across the world. Most radioactive isotopes are heavy metals. Heavy metal detox is therefore a key aspect to protecting yourself from radiation.

Naturally fermented miso, vegetables and beets have been shown to protect from radiation. The beneficial bacteria in these foods are key to chelating the heavy metals, which are radioactive because probiotics ingest the metals and are then excreted. Here in the UK, raw miso can be purchased from Source Foods and fermented vegetables from Cultured Probiotics (www.culturedprobiotics.co.uk/). People elsewhere can contact their local chapter of the Weston A. Price Foundation to find local sources of live fermented foods.

For those who want to learn about how to ferment foods and drinks for themselves, Wild Fermentation by Sandor Katz and Nourishing Traditions by Sally Fallon-Morell provide recipes and instructions.

Kombucha uses a culture to ferment sugar in the presence of tea. It is particularly useful for heavy metal detox. It not only provides potent probiotics, but also produces acids, which boost the liver’s ability to detox the body from radioactive heavy metals. Support for the liver also comes from high vitamin fermented cod liver oil and from the consumption of liver from grass fed animals.

Lining the gut and supporting glutathione

It is also important to line the gut to protect it from toxins which would come into the body from the digestive track, and bone broth is one of the best ways to achieve this. Broth also contains amino that are used by the body to produce glutathione, which the body uses to detox and which can be supplemented to aid detoxification.

Protein and fats from grass fed animals and wild fish can also help support the heavy metal detox necessary to remove radioactive heavy metals from our system. Protein from meat, poultry, fish and egg yolks contain sulfur-containing amino acids and zinc, necessary for detoxification. Taurine from animal foods helps the body excrete toxic metals via the bile. Pantothenic acid (B5) in animal protein supports the liver detox. In addition, a low fat diet should be avoided, because the body uses fats to transport heavy metals which are then excreted via bile.

Magnesium is important for detoxification and it is necessary for the synthesis of glutathione. The consumption of refined carbohydrates strips the body of magnesium. Therefore eliminate refined sugar and white flour from your diet and other processed foods, and provide the body extra magnesium. Epsom salts in bath water is a nice way to top up the body with magnesium to aid detoxification.

Many whole foods contain magnesium, and they are particularly high in wild foods such as nettles and chickweed, but also seaweeds. Seaweed is particularly important, particularly its provision of iodine, which can protect from thyroid cancer by displacing the radioactive iodine that has been identified by the IAEA. Radioactive iodine has a half life of 8 days, so if you are concerned about it in your food, freeze it for a week or two prior to consumption. This will not get rid of radioactive cesium, but a healthy intestinal tract and gut flora will tend to capture and chelate these heavy metals before they get into the body.

Mark Sircus from Natural News proposes the use of sodium bicarbonate to protect from uranium because it binds with uranium making it less dangerous, protecting the kidney from damage, where it tends to do the most harm, and helping the body flush it out of the system. Unfortunately radioactive fallout is not the only cause of uranium exposure. The municipal water in Texas has been found to contain uranium. It has been suggested that the contamination is from the added fluoride which is mined from limestone deposits which also contain uranium.

Clearly, people must become more aware of the danger of radiation and share knowledge about detoxification. However, we should not have to live in a toxic world, and those who can do, should do everything in their power to encourage non-toxic forms of energy production and do something to stop psychopaths in the government, military and within industry from polluting our world with radioactive isotopes.

Philip Ridley is London Chapter Leader of the Weston A. Price Foundation: westonaprice.org/london

Experts declare exercise can be as beneficial as pills