Granting international protection to threatened Siam rosewood is a major step towards saving the species from extinction and curbing the explosion of violence around illegal trade in the precious wood.

The London-based Environmental Investigation Agency (EIA) has been supporting the effortsÂ  ofÂ  the Thai Government to secure listing for Siam rosewood (Dalbergia cochinchinensis) on Appendix II of the Convention on International Trade in Endangered Species (CITES), currently meeting in Bangkok.

Today, the 177 member countries of CITES agreed to the listing by consensus.

“This is a significant step forward for this desperately threatened species,” said Faith Doherty, head of EIA’s Forests Campaign. “With this listing, the consumer markets will need to work with Thailand and the range states of Cambodia, Vietnam and Laos to ensure Siam Rosewood is actually protected, especially as there is a logging ban in Thailand.

“Finally, we have a legal tool to use in China, the main destination and where rosewood prices on the black market are spurring a flood of smuggling and associated violence.”

Thailand’s last forests are increasingly threatened by illegal logging, the major driver of which is the multi-million dollar rosewood trade to feed China’s desire for luxury ‘Hongmu’ antique-style furniture.

The increasing scarcity of Siam rosewood has driven the prices offered by international traders to as much as US$50,000 per cubic meter; with so much money involved, official corruption facilitates the trade at every stage, from forests to the borders and ports.

Violence has become a regular feature of the trade, with increasing incidents involving exchanges of gunfire between Thai enforcement agencies and Cambodian logging gangs crossing the border to steal rosewood. Scores of deaths have occurred. 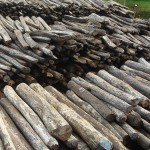 EIA’s research indicates the illegal rosewood trade in Thailand has boomed since demand surged in China in 2007 and today’s listing agreement will compel the Chinese authorities to seize illegal Siam rosewood entering the country.

“Thailand and co-sponsor Vietnam are to be congratulated for the courage to ask for help in securing international protection for this key tree species,” added Doherty.

“With formal protection in place, EIA will now be closely monitoring the illegal trade in rosewood and looks forward to working closely with all enforcement agencies in rosewood range states and China.”

“Pay to praise EU” Lords should not be debating UK sovereignty