Today, Monday March 23, the Bill and Melinda Gates Foundation (BMGF) and the United States Agency for International Development (USAID) are convening a secret meeting to promote a recent report detailing in clear terms how to privatise the seed and agricultural markets of Africa says Global Justice Now. The meeting is being criticised for including corporations, development bodies, trade bodies and aid donors, yet excluding any African farmers or representatives of affected organisations.

This morning in response food justice campaigners have held a demonstration outside the offices of the BMGF in London, with placards calling on the foundation to ‘free the seeds’ and handing out packets of open-pollinated seeds as a symbol of the alternative to the corporate model promoted by USAID and BMGF. A papier mâché piñata representing the commercial control of seed systems was smashed by the protesters, with thousands of seeds inside being spilled over the steps of the entrance to the BMGF. A twitterstorm has also been taking place aimed at the Gates Foundation using the #freetheseeds hashtag 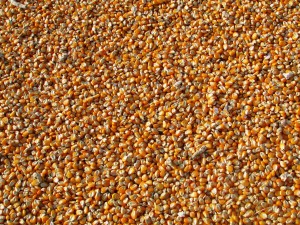 The London meeting will discuss a study produced by Monitor-Deloitte which was commissioned by the Gates Foundation and USAID. BMGF is a major sponsor of the commercialisation of agriculture in Africa including through its subsidiary the Alliance for a Green Revolution in Africa (AGRA). Critics have argued that this commercial agenda extends foreign policy into Africa on behalf of corporate interests, threatening the livelihoods of millions of small-scale farmers who rely on recycling seed for their livelihoods.

Although historically, in Africa and around the world, farmers have been the traditional developers and distributors of improved seeds, the study does not consider a potential role for farmers in the production or distribution of seed. Instead, farmers are viewed only as passive consumers of seed produced elsewhere.

A recent report by Global Justice Now on agroecology in African countries laid out a clear and evidence-based alternative to the industrial agriculture model being pushed by the BMGF. Studies of small scale, sustainable farming practices show that they not only have greater yields, they also have multiple, positive knock on effects like reducing greenhouse gas emissions, increasing employment and reducing the gender gap.

“The measures being promoted by the Bill and Melinda Gates Foundation will enable big agribusiness companies to take even more control over seeds across Africa at the expense of small-scale farmers. This is not 'aid' – it's another form of colonialism. We need to ensure that the control of seeds and other agricultural resources stay firmly in the hands of small farmers who feed the majority of the population in Africa  rather than allowing big agribusiness to dominate even more aspects of the food system.”

Mariam Mariet Director of the African Centre for Biosafety in South Africa said:

“An equitable and sustainable solution to seed production and distribution can only come from direct engagement with farmers and their organisations to ensure their active involvement in these activities. Public-farmer partnerships that integrate farmer and scientific knowledge will generate a more accountable process, and produce longer-lasting and more meaningful solutions for African agricultural production, than these profit-driven, exclusive and narrow processes.”

In Ghana farmers' organisations have been fighting the introduction of what has been called the 'Monsanto law' that would effectively criminalise traditional seed usage.

"Seeds are vital for our food system and our small farmers have always been able to save and swap seeds freely. Now our seed systems are increasingly under threat by corporations who are looking to take more control over seeds in their pursuit of profit. This meeting will push this corporate agenda to hand more control away from our small farmers and into the hands of big seed companies."

Identity Theft: Where Does Your City Rank?

Snow falls, the UK panics and shuts down. Why?