Campaigners dressed as dodgy salesmen will sell Ben Nevis to the highest bidder on Thursday (21 November) in Edinburgh outside a global conference they claim attempts to privatise nature by giving it a financial value. In a further spoof to illustrate the privatisation of nature being promoted by the conference, Ben Nevis and Loch Ness have also been listed for sale on eBay.

The spoof nature sale is a protest against the first ever World Forum on Natural Capital, to be held in Scotland’s capital on Thursday and Friday (21-22 November). First Minister Alex Salmond will make the keynote speech at the conference, and corporations including RBS, Coca Cola, Rio Tinto and KPMG will be attempting to put a value on nature so that they can include it in their balance sheets.

Some corporations and governments, including the UK, claim that if the natural world is given a financial value it is more likely to be protected. But campaigners from the World Development Movement, Counter Balance, Re:Common and Carbon Trade Watch believe this is the first step to creating financial markets in water, air, soil and forests, effectively privatising nature.

The conference is premised on the belief that financial markets can help protect limited natural resources, but campaigners say it will simply lead to speculators trading environmental ‘services’ for profit. Previous attempts to create markets in forests and carbon have failed to prevent deforestation or reduce carbon emissions, and financial speculation on commodities has caused price spikes in basic food staples, the campaigners warn. 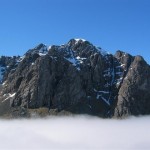 Nick Dearden, director of the World Development Movement, said today: “Our dodgy salesmen, selling iconic Scottish natural landmarks to the highest bidder, may be humorous but they're illustrating a serious point. It is deeply ironic that the same financial markets that caused the economic crisis are now seen as the solution to our environmental crisis. It’s about time we learnt that financial markets need to be reined in, not expanded. Pricing these common resources on which people depend for their survival leaves all of us more exposed to the forces of the global economy, and decisions about whether or not to protect them become a matter of accounting.”

Antonio Tricarico, on behalf of European campaign groups Re:Common and Counter Balance, said today: “We think of nature as a common good, invaluable in economic terms and vital for all human beings. We are not willing to turn nature into a commodity that is sold to the highest bidder or even worse, leave it to the financial markets to decide what is the right price for a piece of forest or a clean river. Previous attempts to create a market for nature were a complete failure. Just look at the carbon market and its total inability to do what it was designed for: decrease carbon dioxide emissions.”

Dividend heroes: where are they finding income opportunities?

The year of the tiger