Protests at GCM Resources AGM tomorrow over Bangladesh coal mine

Protests are planned outside the AGM of London-based mining company GCM Resources tomorrow over the company’s Phulbari coal mine in Bangladesh, which if it goes ahead will displace up to 220,000 people.

Protestors will stage a coal mining operation outside the AGM and will serve an eviction notice on the company.

London-listed GCM Resources is currently under investigation by the UK government following a complaint by the World Development Movement and the International Accountability Project. The complaint claims the mine would breach OECD rules by violating the human rights of the people who would be forcibly displaced and impoverished by the project.

The Phulbari coal project has been on hold since 2006 due to intense local opposition. Three people were killed and many more injured when paramilitary officers opened fire on a protest against the mine in 2006.

The UK government’s investigation will evaluate whether GCM Resources has breached obligations to ensure meaningful and adequate consultation about the project, or to carry out appropriate due diligence to ensure that its project does not violate people's human rights.

The mine would violate the rights of indigenous people living in the area, and would threaten the Sundarbans, one of the world’s largest remaining mangrove forests and a UNESCO World Heritage site. It would also destroy almost 12,000 acres of Bangladesh’s best farmland. 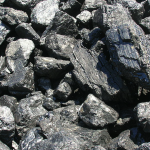 The company has admitted that most of the people living in the area affected by the mine “will become landless”.

Christine Haigh, campaigner at the World Development Movement, said today: “If it goes ahead, the Phulbari coal mine will cause unimaginable human suffering and environmental destruction. GCM Resources must listen to the voices of the people of Phulbari, and abandon its plans to extract coal there.”

Tomorrow’s protest is being held by members of the UK branch of the Bangladeshi group the National Committee to Protect Oil, Gas, Mineral Resources, Port and Power in Bangladesh, the World Development Movement, the London Mining Network, the Phulbari Solidarity Group and others.