Psychedelic drugs such as LSD are much less harmful than claimed and should be legally reclassified to allow further research on their medical use, says expert

Legal restrictions imposed on medical use of psychedelic drugs, such as LSD and psilocybin (the compound found in “magic” mushrooms), are making trials almost impossible and authorities should “downgrade their unnecessarily restrictive class A, schedule 1 classification”, writes a psychiatrist in The BMJ this week.

James Rucker, a psychiatrist and honorary lecturer at the Institute of Psychiatry, Psychology and Neuroscience, King’s College London, describes how these drugs “were extensively used and researched in clinical psychiatry” before their prohibition in 1967.

He explains that many trials of psychedelics published before prohibition, in the 1950s and 1960s, suggested “beneficial change in many psychiatric disorders”.

However, research ended after 1967. In the UK psychedelic drugs were legally classified as schedule 1 class A drugs – that is, as having “no accepted medical use and the greatest potential for harm, despite the research evidence to the contrary,” he writes. 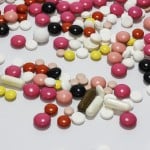 And he explains that, at present, larger clinical studies on psychedelics are made “almost impossible by the practical, financial and bureaucratic obstacles” imposed by their schedule 1 classification. Currently, only one manufacturer in the world produces psilocybin for trial purposes, he says, at a “prohibitive” cost of £100,000 for 1 g (50 doses).

In the UK, to hold a schedule 1 drug, institutions require a license, which costs about £5,000, he adds. Only four hospitals currently hold such licenses, which come with regular police or home office inspections and onerous rules on storage and transport.

This, he argues, “means that clinical research using psychedelics costs 5-10 times that of research into less restricted (but more harmful) drugs such as heroin.”

As a result, “almost all grant funders are uncomfortable funding research into psychedelics,” writes Rucker, while prohibition as a condition of UN membership is “arguably causing more harm than it prevents.”

He concludes that psychedelics are neither harmful nor addictive compared with other controlled substances, and he calls on the UK Advisory Council on the Misuse of Drugs and the 2016 UN General Assembly Special Session on Drugs, “to recommend that psychedelics be reclassified as schedule 2 compounds to enable a comprehensive, evidence based assessment of their therapeutic potential.”