Public begin to realise X Factor is a pile of rubbish

Viewing figures have revealed people are waking up to the fact that programs such as the X Factor are a pile of rubbish.

Viewing figures for the talent contest are down 2.7 million on the previous year's opening episode and ITV executives have blamed the Olympics and the pleasant spell of warm weather for the drop of viewing figures.

And if you believe that you will believe anything.

If you compare 10.8 million views with Saturday's 8.1 million viewers it is a large drop butÂ whenÂ you consider the open attacks on X Factor byÂ respectableÂ and established artists then the drop may have been part of a general awakening by the public as to the quick fix celebrity status offered to the contestants as an incentive to participate.

So the program has degenerated from a rather poor talent contest where the judges are not talented (other than Gary Barlow) and seek to humiliate the contestants to a shock Factor sensationalist viewing grabbing joke.

20 years ago there is no way the disgraceful outburst of Pink tribute artist, Zoe Alexander, after her audition would have been aired. This one should definitely have been left on the cutting room floor.

The fact that Zoe's audition was edited to maximum effect withÂ dramaticÂ accompanying music goes to show the new lows that ITV are prepared to go to in order to court a baying public who have been dumbed down with such tripe and need the Shock Factor in order to stimulate Â desensitised viewers.

It looks like the Brits are seeing throughÂ theÂ faÃ§ade played out on such talent contests because an artist is an artist and glorifiedÂ karaokeÂ singer will be little more than that.

The problem is, very fewÂ X Factor contestants have won the respect of serious artists.

Rhydian Roberts is an exception to the rule in this matter and Jeff Wayne saw Rhydian's potential when he cast him in the role of Parson Nathaniel, a role made famous by the late Phil Lynott from Thin Lizzy.

But there is little evidence of true artistic development from most X Factor winners once they have entered the music industry machine, in fact quite the contrary as the initial charm and creative spark found in a very small percentage of the contestants during the audition stages is gradually stripped away.

The question is, have the years of conditioning and subtle brainwashing by the media who have promoted this junk come to an end?

Do the public demand more from the post-Olympic bread and circuses? If the degenerative course of our culture is anything to go by it will end in a modern dayÂ gladiatorialÂ contest that will make the Roman games look like a 1960's American sitcom. 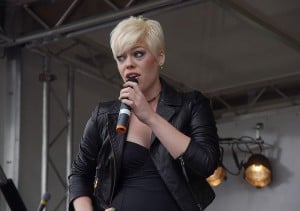 Question Time audience and panel gang up on Vince Cable