In November, 51% of Britons said they would vote to leave the EU, but that number fell to 46% in a poll conducted January 2-3rd and now stands at 42%. In the November poll the percentage of people who said they would vote for Britain to remain an EU member stood at 30%, but rose to 31% in the earlier January survey and now sits at 36%.

A majority (59%) of the British public support holding a referendum on Britain’s membership in the European Union, while only 21% are opposed and 20% are unsure, according to our latest poll for the Sunday Times.

Asked to imagine if David Cameron renegotiated the UK’s relationship with Europe and said that Britain's interests were now protected, and recommended that Britain remain a member of the European Union on new terms, and 50% say they would vote to stay in the EU, while 25% say they would still vote to leave, and the rest are either unsure (20%) or wouldn’t vote at all (5%). 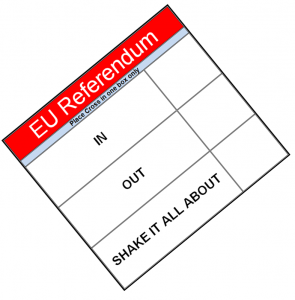 Commenting on the results, YouGov Director of Political and Social Research Joe Twyman said: “The key finding from all YouGov’s recent polls is that when it comes to our relationship with Europe, the British electorate does not support the status quo. What most people want is for Britain to stay part of the EU, but on what they regard as more favourable, renegotiated terms. The public want a referendum to decide, but it should be noted that when we ask people if they want a referendum on almost any subject the answer is virtually always ‘yes’. When given a straight in/out choice, currently public opinion is strongly towards withdrawal, and when given the option of staying in the EU on renegotiated terms there is still only 50% support. Therefore, David Cameron will have to hope he is able to persuade enough voters that whatever negotiation he does achieve is accepted by the British people, because if he doesn’t then we could well be headed for the Brexit he hopes to avoid.”

End of the Bonus Bonanza?