A new YouGov/The Sun poll has revealed that 52% of Conservative Party supporters think defeating the miners’ strike and limiting the power of the unions was Margaret Thatcher’s greatest achievement.

When it comes to Thatcher’s worst failing as prime minister there is more agreement amongst voters. Either a majority or plurality of Conservative (47%), Liberal Democrat (56%) and UKIP (44%) supporters say introducing the poll tax was her greatest blunder, but a majority (53%) of Labour voters say that overseeing the decline of mining and manufacturing was Thatcher’s biggest failure.

Half (50%) of the public say that overall Margaret Thatcher was a good prime minister, while a third (33%) say she was a bad one. 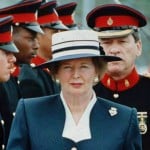 Commenting on the YouGov/The Sun results, YouGov Director of Political and Social Research Joe Twyman said: “Margaret Thatcher divides public opinion like no other leader of modern times, and all our polling in the wake of her death shows the public’s views on her legacy are equally divided. But if you look at issues like nuclear weapons, secret ballots for strikes, and privatisation, which once divided the country, the fact that these issues are no longer widely debated and that Thatcher’s positions are now so often the political orthodoxy demonstrates that she won not just many public opinion battles, but arguably also many public opinion wars.”

Browse our Thatcher archive at: yougov.co.uk/thatcher/

CHART OF THE WEEK: Underemployment