Details of who really owns and controls UK companies will be made publicly accessible, the Prime Minister announced today at the Open Government Partnership summit.

The government committed to implement a central registry of company beneficial ownership information at the Lough Erne G8 conference in June. The registry will contain information on individuals with an interest in more than 25% of a company's shares or voting rights, or who otherwise control the way it is run.

The Department for Business published details of its intention to create a registry in the 'Transparency and Trust' discussion paper in July and invited responses on whether it should be made publicly accessible.

Following this call for evidence, the government has decided the register will be made publicly accessible.

"We need to know who really owns and controls our companies. Not just who owns them legally, but who really benefits financially from their existence.

"This summer at the G8 we committed to do just that – to establish a central register of company beneficial ownership. And today I'm delighted to announce that not only is that register going to go ahead – but that it's also going to be open to the public."

"A stronger economy depends on investors, employees and the wider public having trust and confidence in companies and those that are running them.

"We believe a public register, listing those who really own companies makes Britain a better place to invest and do business. People have a right to know who controls UK companies and greater openness will help tackle tax evasion, money laundering and other crimes.

"The vast majority of companies and directors in the UK contribute productively to the economy, abide by the rules and make an enormous contribution to society. But an errant few operate in the shadows, creating ownership structures that serve to deceive. We're now shining a light on who really owns and controls companies in the UK and proudly leading the world in this initiative."

"Prime Minister David Cameron is absolutely right. Corporate transparency is essential to reduce tax evasion, eliminate corruption and ensure citizens get the services they deserve. We applaud the UK's leadership and encourage other countries to take actions toward a similar outcome.

"This is exactly the kind of initiative that can greatly accelerate development. It complements well our efforts on financial market integrity, asset recovery and corporate transparency. For instance, the UK registry will feed into the Open Company Data Index we sponsor, which looks aggregates open corporate registry information and generates company network maps. Together these tools can help curb corruption, illicit financial flows and enable businesses to compete on a level-playing field."

In respect of the information to be held by the company and Companies House, and how it should be updated, BIS will set out further detail in its formal response to the discussion paper. This will be published in early 2014.

Limited exemptions from public disclosure will be permitted – for example, in cases where it is necessary to protect individuals whose safety might be put at risk. 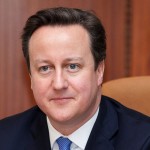 In its government response, BIS will also set out its plans on other proposals from the Transparency and Trust discussion paper including:

– To tackle the use of corporate directors – one company as a director of another;

– To address situations where a front director is registered at Companies House, but the control lies concealed elsewhere.

“Businesses back the creation of a beneficial ownership register which will support efforts to promote transparency and stamp out illicit financial activity.

“The real prize is the ability to track ownership information around the world. Now that the UK has chosen to make this a public register, ensuring that others follow our lead will be critical to its success and to maintaining a level playing field.”

ActionAid Executive Director Richard Miller said: "We congratulate the Prime Minister on taking this action. This is a hugely significant step forward and a big victory for campaigners who have long called for transparency when it comes to international taxation, putting this information into the hands of citizens is vital in the fight against tax dodging.

"What we now need to happen is for other countries – including those Overseas Territories and Crown Dependencies over which the UK has some level of jurisdiction – to follow suit and the UK Government should now use its moral authority to put pressure on them to do so.”

Half of Tory MPs want Britain to quit the EU