The unexpected rise in government borrowing in December could threaten the UK’s AAA status.

The only thing that makes the current borrowing look remotely good is the impact of the transfer of the Royal Mail Pension Plan in April 2012. Without this December’s PSNB would be Â£106.51 billion, which would be some Â£7.2 billion more than last year’s Â£99.3 billion.

This has led to speculation that UK could find itself stripped of its AAA credit rating by one or more of the rating agencies.

When looking at the trends in the graph below you can see that the rate at which the PSNB is now increasing matches that of last year. The dotted line represents a projection of what would happen if last year’s trends continued. This would result in an overshoot on the OBR’s projection of some Â£20 billion but, as the ONS points out, such things as the proceeds of the 4G Spectrum auction and the transfer of surplus cash from the BEAPFF (Bank of England Asset Purchase Facility Fund) may reduce the borrowing figures. 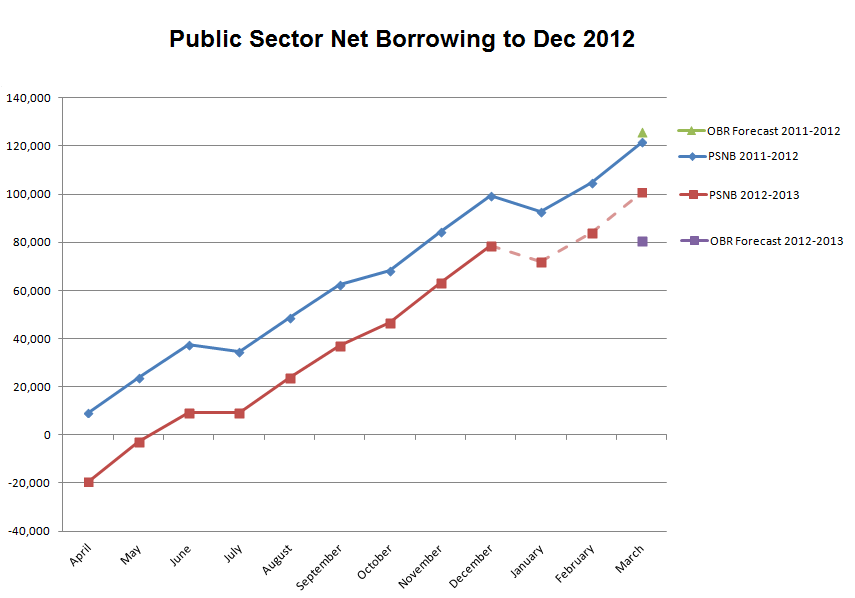 The real problem though is that these PSNB figures only represent what is happening on a year by year basis. We added to our whole debt pile by Â£101.8 billion between December 2011 and December 2012. The accumulated Public Sector Net Debt is now Â£1.1114 trillion – and growing all the while that we have any Public Sector Net Borrowing.

These two graphs show that Net debt is still piling up. One shows how it accelerated in 2008; the other shows the last couple of years and how the inexorable rise of our debt mountain continues. 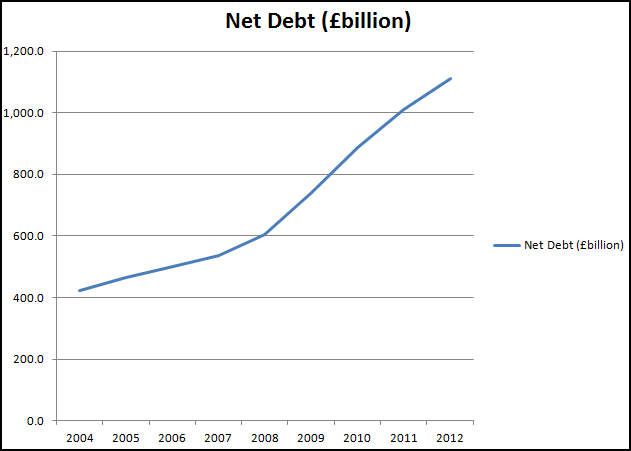 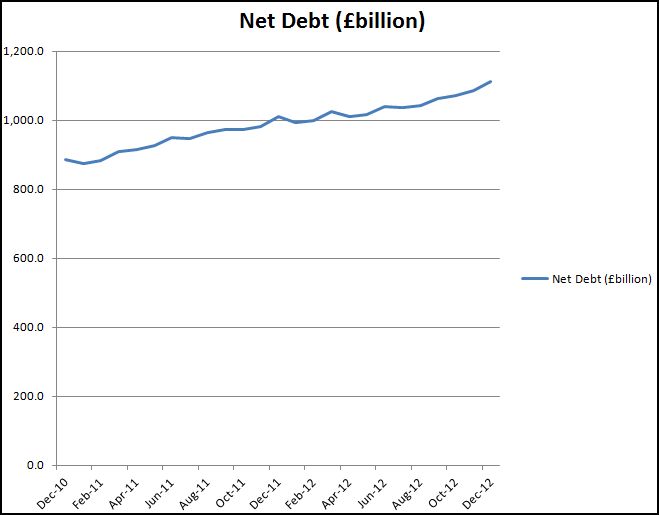 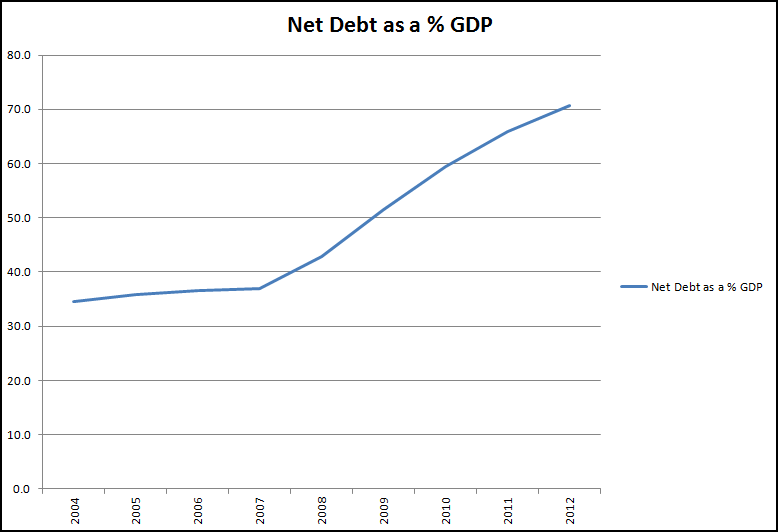 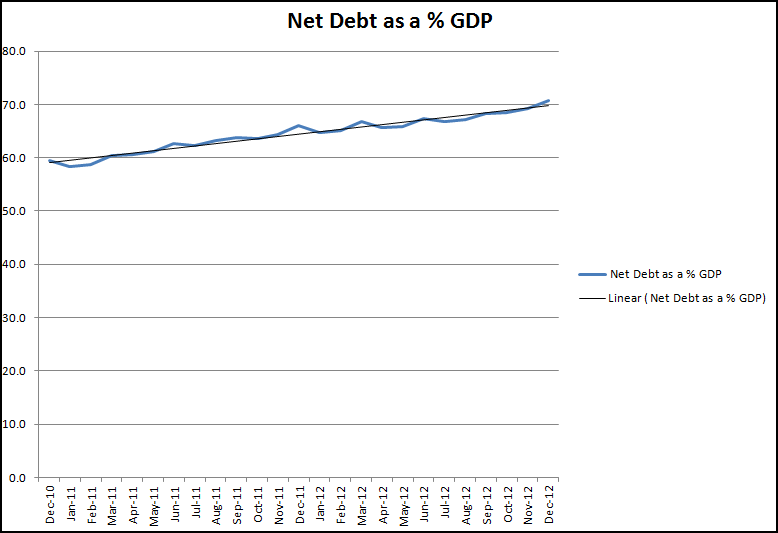 And for those that just want the UK to borrow and spend for growth, a large chunk of our current debt was built up paying for the last lot of growth during the good times. And we haven’t paid for that yet proving that growth does not always pay for itself. So how can we afford more?

Hard choices will need to be made and many people will suffer as a result. William Hill now believe it an odds on shot that the UK will re-enter recession in 2013 saying “It will be a close call, but we suspect more likely than not”.

But some people do believe that increased spending by the government in certain areas will help. Nida Ali, economic advisor to the Ernst & Young ITEM Club, commenting said:

“…in our view the Government needs to adopt a more innovative approach to fiscal policy. Increasing spending on infrastructure could be a real game changer for UK growth, but the Â£5bn announced in the Autumn Statement simply didn’t go far enough. The upcoming Budget in March presents the Chancellor with a perfect opportunity to change the course of fiscal policy to make it more pro-growth, and we hope that this time he doesn’t disappoint.”

The coalition wields the axe

MTS BondsPro to offer US corporate bonds to Swiss market