The government’s imminent ban on unfunded civil service pensions being transferred out of the UK has been branded as a “hammer blow for those who have served and continue to serve Britain,” by the boss of one of the world’s largest independent financial advisory organisations.

Nigel Green, the founder and chief executive of deVere Group, comments as the British government prepares to prohibit public sector workers with unfunded pension schemes from transferring outside the UK from April 2015.

Mr Green affirms: “The countdown is on. In two months’ time, those who have worked within Britain’s National Health Service, its Armed Forces, its Police, its Fire Service or in its education system, are to have their retirement planning options reduced.

“Unfunded civil service pensions are a serious problem and, clearly, one that must be tackled. 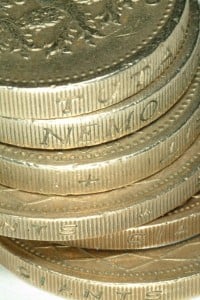 “However, the decision to cut established retirement planning options is a hammer blow for those who have served and continue to serve Britain.”

The deVere CEO continues: “For those with unfunded public sector pension schemes who wish to explore the recognised associated benefits of transferring their pension out of the UK, the window of opportunity is about to be shut. The time to act is now.

“Failure to act before April would mean that those with such schemes who wanted to, and who previously qualified to do so, would be banned from moving their own retirement funds into a safe, low-tax jurisdiction with the aim of safeguarding and maximising their pensions with greater flexibility and control.”