New research has highlighted that people are still unaware of the risks posed by the deadly duo of smoking and drinking alcohol to excess.

In a new survey of 2,000 people, almost nine in every ten (89 per cent) didn’t know tobacco and alcohol combined increases the risk of mouth cancer by up to 30 times. Most thought smoking and drinking to excess doubles the risk (44 per cent), placing a significant amount of people at risk from a disease that kills one person every four hours in the UK.

More people die from mouth cancer each year than from cervical and testicular cancer combined, and more worryingly the disease is one of a few cancers set to increase in the next ten years.

Half of people questioned support calls for standardised packaging, while more than three in ten (31 per cent) support calls for minimum alcohol pricing. Both issues were discussed by MPs this year, but both plans were shelved, much to the dismay of health campaigners. 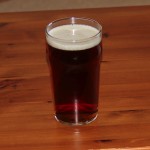 Chief Executive of the British Dental Health Foundation, Dr Nigel Carter OBE, said: “We believe the Government has made the wrong choices and given in to pressure from both industries. Standardised packaging and minimum alcohol pricing are schemes that, if implemented, could herald some major health improvements.

“That is why the Government must re-visit and reverse these decisions as soon as possible. Data from Australia has shown how successful even in a few months standard tobacco packaging can be. The longer they wait the more lives are put at risk.”

Deborah Arnott, Chief Executive of health charity ASH said: “People know about lung cancer but don’t necessarily realise that smoking is also by far the biggest single cause of mouth cancer. The majority of smokers become addicted while still underage so it’s essential to do everything we can to discourage children from starting to smoke.

“Getting rid of the current glitzy brightly coloured tobacco packaging is the obvious next step as it makes smoking much less appealing to children and it’s popular with the public. Australia went ahead last December, Ireland’s going ahead in 2014, the UK shouldn’t wait any longer, with every day that’s lost hundreds more children start on a life of addiction.”