According to the latest figures public sector workers were paid between 7.7% and 8.7% more than private sector workers in 2011. The overall average estimated difference, excluding overtime, was 8.2%.

The figures published by the Office for National Statistics are based on the Labour Force Survey of 43,000 households and the Annual Survey of Hours and Earnings of 181,000 employees.

Those people that worked in part nationalised banks were assumed to be in the private sector throughout, if they had not been then the pay gap would be as wide as 9.3%. Factors such as pension contributions, company cars and healthcare insurance were not included in the figures.

But the ONS does make it clear in their report “Estimating differences in public and private sector pay – 2012” that making such comparisons is very difficult. Their video is shown below.

The difficulties in assessing such a pay gap arise from the many differences between how the two sectors operate and the types of people they employ. These are summarised as follows: 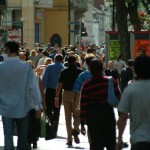 Gender: women in the public sector are usually more highly qualified, so are employed in the more professional and higher paying roles.

Qualifications: it is well established that those with better qualifications earn more. And with the public sector having on average more highly qualified people then they will get paid more.

So before we all get divided and conquered by our jealousy, let’s remember that public sector workers are not ‘rich’, only a few people in the private sector are truly extremely wealthy.

Save £50 EVERY day to retire in comfort