Leading Green Party politicians have called for the EU debate to be "handed over to people".

The Greens made their statement in a letter to The Guardian signed by Green Party leader Natalie Bennett, MP for Brighton Pavilion Caroline Lucas and MEPs Jean Lambert, Molly Scott Cato and Keith Taylor.

The letter commits the Green Party to campaigning to stay in the European Union – but calls for better protection for workers and the environment across the continent. 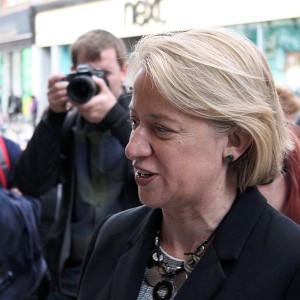 “The Green party welcomes the EU referendum, though we are clear that we don’t want business-as-usual to continue. Indeed, with the looming threat of the Transatlantic Trade and Investment Partnership deal it’s clear that we must act now to ensure the EU doesn’t become a vehicle for a race to the bottom on environmental and social protections.

“But the fact remains that Britain is better when we work with our neighbours to find solutions to the shared problems we face. We’ll be campaigning to be part of an EU that protects workers, takes bold action on climate change and stands up to corporate interests. It’s time to take the debate back from business and hand it over to people.”

The letter comes as the Green Party takes stock after a record breaking election for them. The party won over 1 million votes, and more than tripled their vote share compared to 2010. The Greens are expected to feature prominently in any campaign to stay in the European Union.