QROPS (Qualifying Recognised Overseas Pension Schemes) have been around since April 6, 2006 and there were also precursors to these regulations which also allowed UK pensions to be moved offshore. However, over the last few years, the industry got tainted due to a very small number of unscrupulous pension providers. However, the last couple of years have been strengthened with QROPS providers now having to register online with HMRC and having to update the Inland Revenue on a more regular basis.

New jurisdictions like Gibraltar are also starting to impose their own stringent rules to ensure pension protection and to strengthen the industry, so they don't lose out to other competing jurisdictions. UK pensioners can now transfer their pensions offshore and have a greater degree of transparency and security than was previously available in 2006.

There were a number of schemes floating around which promised pensioners the ability to cash in 100% of their pensions. This was known as 'pension busting' in the industry and some of the biggest culprits were in New Zealand. There was a big case in Singapore recently in which HRMC lost with pension members avoiding an unauthorised transfer charge which led to HMRC tightening up QROPS rules. This has paved the way for better transparency within the industry and more security for pensioner's rights.

Schemes in the Isle of Man were previously re-written to get around HMRC rules and Guernsey followed suit. It ended up with Guernsey schemes and most Isle of Man schemes being closed down and the loss of many jobs in the IOM and Guernsey. Incredibly, New Zealand schemes passed the HMRC litmus test and were allowed to remain and new jurisdictions became the flavour of the month such as Gibraltar and Malta, being within the EU. This is helpful as under the new QROPS rules, the Double Taxation Agreements between the various countries became more important and Malta has more than 60 DTA agreements, so many Brits moving to work in Europe are moving their pension to Malta. 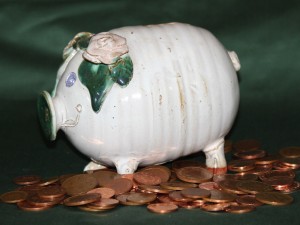 British expats can transfer their pension for a number of reasons. Those retiring outside the UK see little reason to keep their pensions in the UK where they would still be taxed in the UK in most circumstances, despite living abroad. A QROPS allows the pension to move to somewhere such as Malta where it would grow tax-free and would avoid a possible tax upon death of 55% in the UK as well as UK income taxes of up to 45%. You can also transfer your pension into EUR instead of GBP, as well as a number of other currencies, so that currency fluctuations don't eat into the pension pot.

Members of a QROPS would also have a much wider choice of investments to choose from as well as using new low cost techniques such as investing in Exchange Traded Funds (ETF's) or they can even hold individual shares. This means members can choose to target higher returns or lock in a more conservative portfolio via bank structured products.

For British expats or Irish expats moving abroad, one of the first things they need to consider is how to move all their assets overseas with them. For those moving abroad temporarily, it may be just moving currency and moving possessions offshore, but for many moving abroad for a longer period of time, it seems prudent to look to move existing pensions offshore or selling property to look to buy a condo or villa abroad.

QROPS, along with SIPPs (Self Invested Personal Pensions) provide expats with freedom to invest their pension monies how they choose rather than being locked in to their existing pension providers.

By Richard Malpass of www.qropsspecialists.com