"The overhaul to the growth composition in today's GDP figures compared to the second estimate is confusing, making it very difficult to identify the economy's strengths and weaknesses. While the headline number has not changed, the contributions of all of the main components of growth have been revised down with the slack taken up by stock building, which is now playing a much bigger role than previously reported.

"The downward revision of the net trade contribution from 0.3ppt to no contribution is particularly disappointing, given that last month's estimate had given us hope that the recovery is beginning to broaden out into exports and business investment.

"Having said that, evidence from survey data and monthly indicators suggests that the recovery is well entrenched and we remain on course for strong growth in the third quarter. We continue to expect GDP to increase by more than 1% in 2013 and more than 2% in 2014 and risks to this forecast are on the upside." 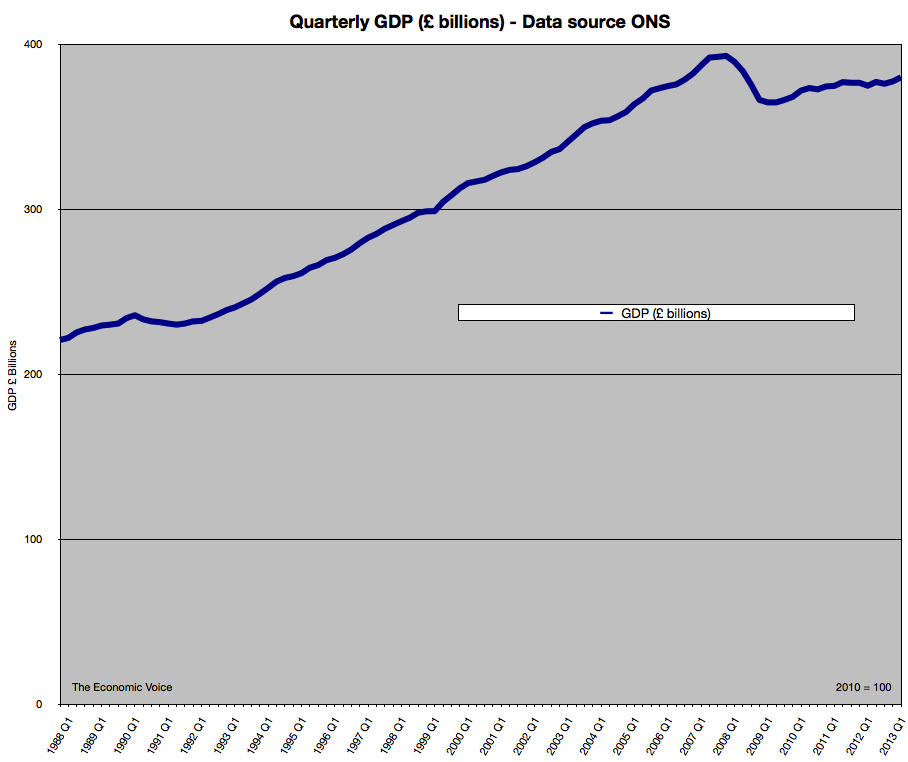