Gross mortgage lending held steady in September and was an estimated £16.2 billion, according to the Council of Mortgage Lenders (CML). This is only a slight change to August's gross lending total of £16.4 billion and is 41% higher than September last year (£11.5 billion).

"Indicators suggest we are witnessing the strongest house purchase performance in five years. House prices too have revived but modestly, aside from a resurgent London market.

"With the Help to Buy mortgage guarantee scheme becoming fully operational in January and firms implementing the mortgage market review in April 2014, it may be several months into 2014 before we get a true gauge of the scale and reach of Help to Buy. For now, the scheme has launched against an already recovering UK housing market with several quarters of improving credit availability, growing competition, and strengthening demand." 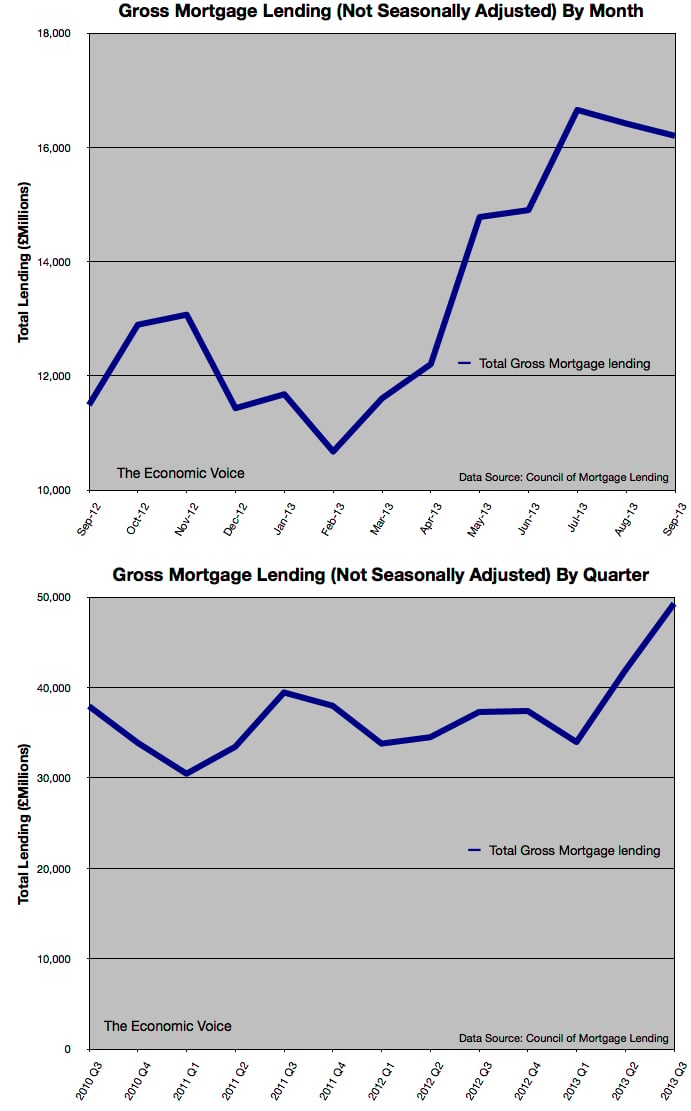 The power of reinvesting dividends

Stuck – a speech by Andy Haldane