In 2002, when the English Democrats launched, it was already clear that the British Establishment was trying to break England up into 'Regions', which had been introduced by John Major’s 'Conservative' Government after the imposition of the EU’s Maastricht Treaty.

Even then the Establishment Parties were clear as to their agenda, for all those who were listening to what they said.  For example Jack Straw, then Labour’s Home Secretary, said “The English are potentially very aggressive, very violent”; William Hague, the then Conservative Leader, said “English Nationalism is the most dangerous of all forms of nationalism”; John Prescott, Labour’s Welsh Deputy Prime Minister, went so far as to officially claim that “there is no such nationality as English”. That was Prescott’s wishful thinking. He was hoping to win a democratic mandate in the North East to begin the process of breaking England up into 'Regions'. These comments were put fully into context by Charles Kennedy who told Dunfermline Liberal Democrats in 1999 that he supported the breaking up of England into EU Regions because , as he crowed: “it is calling into question the Idea of England itself”.

Since then the British Establishment’s attitudes towards England have not changed that much but the English public mood has changed. Many more English people are aware of the Establishment’s hostility to the very “Idea of England.” More English people now are willing to openly oppose that agenda. In the 2011 Census results 60.4% (over 32 million) of the People of England stated that they were 'English Only', not 'British', while less than 10% said that they were 'English and British'. The majority of the 29% that claimed to be in anyway 'British' also indicated that they were mostly not 'ethnically' English. 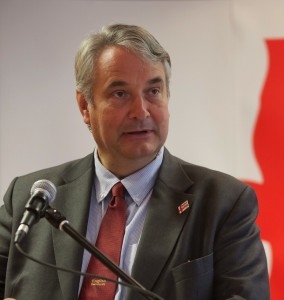 Whilst English Independence is the simplest solution to the English Question it is nevertheless clearly a more radical step than the English Parliament option of an English First Minister, Government and Parliament with at least the same powers as the Scottish ones in a federal UK.

A federal UK now seems to be the only way in which the long term constitutional sustainability of the United Kingdom of Great Britain and Northern Ireland could be maintained.

My view however is that the attempt to maintain the United Kingdom can only now be feasible in a way that is against the interests of the English Nation. This is not just because of the current reinvigorated attempts to break England up into wholly bogus 'Regions'. These 'Regions' have no legitimacy in the minds of English People, nor do they have any real meaning in terms of our peoples’ sense of community. In any case, they are certainly not equivalent to the National Devolution which Wales and Scotland have had and which will now be dramatically enhanced. The 'Regions' are merely a concept to try to destroy English National Identity.

You can easily test this proposition by asking a Regionalist why they do not want Glasgow as a 'City Region'. You will immediately usually get an answer which proves that the Regionalists’ sole motive in promoting 'City Regions' is the desire to call into “question the idea of England itself”.

Leaving England’s future in the hands of such people can only lead to disaster for the English Nation.

I would therefore propose that MPs wishing to stand for English seats should be asked to sign an 'English Claim of Right' equivalent to the 'Scottish Claim of Right' which was signed by almost all of Scotland’s politicians. This included Gordon Brown and Alastair Darling whom we saw in the Referendum debate so ably manoeuvring for Scotland to be given a special position of entrenched privilege both in the British Constitution and in British Fiscal arrangements. Here is the key wording of the Scottish Claim of Right:

“WE, …..DO HEREBY ACKNOWLEDGE THE SOVEREIGN RIGHT OF THE SCOTTISH PEOPLE … AND DO HEREBY … PLEDGE THAT IN ALL OUR ACTIONS AND DELIBERATIONS THEIR INTERESTS SHALL BE PARAMOUNT.”

Who said there were NO politicians that keep their pledges?

We need more of England’s politicians to be as committed to their Nation's English national interests as these Scottish politicians are to Scotland's interests.

That is why the English Nation also needs its own political party! Please join us or help us!