In Parliament yesterday, the Transport Secretary announced that plans for the electrification of the Midland Mainline and the Trans-Pennine route between Leeds and Manchester are now being shelved by the Government. These are projects that you and your Ministers repeatedly promised to deliver ahead of and throughout the General Election, including in the Conservative party manifesto.

It appears that despite you and your Ministers knowing that these projects were in serious difficulty before the election, you decided to wait until after the election to reveal the extent of the problems before reneging on the commitments you had previously made.

The public have a right to know if they have been deceived and if members of your Government knew for months that these projects would not be delivered as promised.  So in the interest of honesty and transparency, I would be grateful if you could answer the following questions:

· The Chief Executive of Network Rail, Mark Carne, said yesterday: "We knew, already, very early on last year that certain aspects of the plan were going to be incredibly difficult to deliver. People knew perfectly well there were high levels of uncertainty about this, it was widely flagged at the time, and it would be not fair for people to forget that today." When did Network Rail first warn your Government that it was not going to be possible to deliver on the commitments made in relation to the electrification of the Midland Mainline and the Trans-Pennine route?

· Minutes from the Planning Oversight Group show that the Transport Secretary received a report on 1 September 2014 on the status of Network Rail's electrification projects from Network Rail, the Department for Transport and the regulator. Did this report warn your Government that the electrification plans were not deliverable, were you aware of this report, and will you now publish the report so we can further ascertain what members of your Government knew and when? 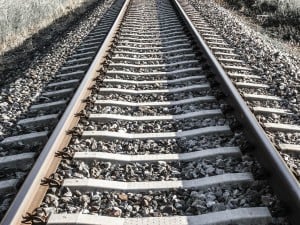 The Transport Select Committee warned in January 2015 in its Investing in the Railway report that key rail enhancement projects had "been announced by Ministers without Network Rail having a clear estimate of what the projects will cost, leading to uncertainty about whether the projects will be delivered on time, or at all". This is yet further evidence that your Government was aware of the problems several months before the General Election. Additionally, answers from Parliamentary Questions (218298) show that the Government was aware in 2014 that the costs of electrification had risen from £257 million to £1.3 billion for the Midland Main line and to £300 million for the TransPennine route.

In light of all this evidence, and of the huge anger felt in many parts of the country at this betrayal of promises you repeatedly made during the election, I'd be grateful if you could answer the very specific questions I have outlined.

This is a matter of public trust. The public are entitled to know what you and members of your Government knew and when.