The Howard League for Penal Reform has responded to a report on G4S-run Rainsbrook prison, published today (Wednesday 20 May) by Ofsted, HM Inspectorate of Prisons and the Care Quality Commission.

When inspectors visited Rainsbrook in February, they found that children had been subject to degrading treatment and racist comments and had been cared for by staff who were under the influence of illegal drugs.

There had been serious incidents of gross misconduct by staff, including some who were in leadership positions.

The discovery of contraband DVDs, most likely smuggled in by staff, suggested that children had been allowed to view inappropriate material. Inspectors said that this indicated that some staff may have colluded with children to elicit compliance by wholly inappropriate means.

Children were restrained 166 times in six months – 72 of these restraint incidents were in response to children harming themselves. 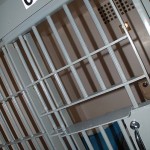 Inspectors found that there had been delays in children receiving essential medical diagnosis and treatment, and in referring matters for independent scrutiny. On one occasion, a young person did not receive treatment for a fracture for about 15 hours.

Inspectors rated Rainsbrook as “inadequate” – the lowest possible level of effectiveness. The prison is currently subject to an investigation by the Prisons and Probation Ombudsman.

“This is the worst report on a prison I have ever seen because it is a catalogue of abusive practices that have been inflicted on young children who have no escape.

“I visited Rainsbrook some years ago and found it to be claustrophobic and obsessed with security, a recipe for exactly the disaster now happening.

“These child jails run for profit are secretive and should never have been set up in the first place. Rainsbrook should be closed immediately. No child is safe in this jail.”

A copy of the Rainsbrook inspection report can be found here.