“The season of general elections in Europe has now ended for 2017, but it also ends with a reminder that populism is far from dead.

"The AFD are the big winners and will enter the Bundestag for the first time as the third largest party. The SPD has ruled out another Grand Coalition, so it will probably fall to the FDP and the Greens to form a coalition. That leaves the question about what Germany's new approach to the European project will be. The FDP's Lindner has made it clear that he is not a fan of Macron's vision of Europe. It leaves more uncertainty about how Europe moves forward towards its integrationist vision.

“Markets are still absorbing the news, but so far the euro is down against the US dollar, German bund yields are little changed and peripheral bond yield spreads are slightly higher. European equities have opened a little lower too. Overall a slight feeling of disappointment from financial markets this morning.” 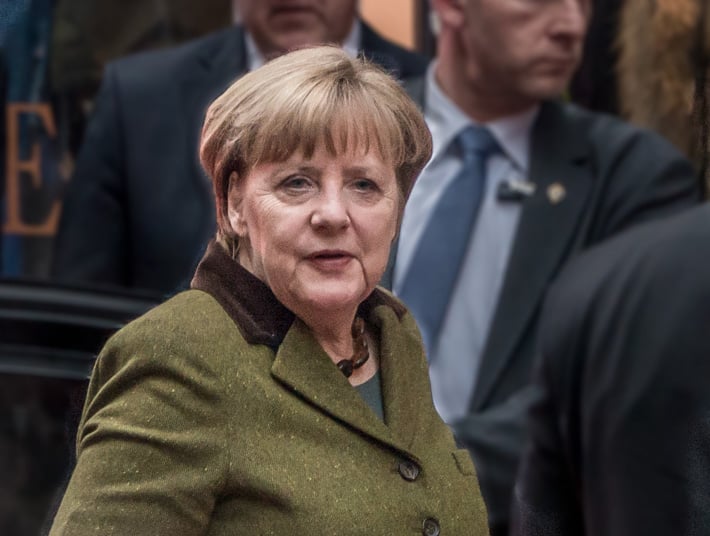 “As predicted, Angela Merkel won a fourth term in office, but not without handing over a chunk of her vote to the Far Right AFD. The SDP did even worse, and the chancellor will be forced into bed with the Greens and the Free Democrats (FDP) in a Jamaica coalition. Any extended period of uncertainty poses a problem, certainly if the FDP’s dislike of Macron threatens Germany’s relationship with France. Markets won’t like that.

“It’s possible that Angela Merkel becomes distracted from international politics during the inevitable horse trading following a disappointing election for her. Any sense that this weakens the EU’s position could play into the hands of UK Brexit negotiators, as a fourth round of talks with European officials begins in Brussels today.

“Equally important over the next few days will be speeches by central bank leaders, for it is Mario Draghi, Janet Yellen and Mark Carney that will dictate market direction in the weeks and months ahead.

“Draghi’s unlikely to give away too much, preferring to keep his powder dry until the next ECB meeting. That’s when we’ll likely get confirmation that tapering of monetary stimulus will begin next year. Yellen’s said enough lately, but markets will want further clarity on inflation. Carney’s speech Friday celebrating 20 years of Bank of England independence is also an opportunity to offer clues as to UK rate policy. Anything hawkish from the Bank’s governor, certainly anything that increases the likelihood of a rate rise in November, would trigger a surge in the pound and possibly spell bad news for the FTSE 100.”

“This election was always going to be most interesting during the coalition-building process, after the ballots were counted. With that in mind, this weekend’s results offer the most intrigue for the coming months. In forcing German Chancellor, Angela Merkel to cobble together a coalition with at least two other parties, the potential for headline risk is at its highest. While the actual market impact is likely to be minimal over the medium-term, this weekend’s result does introduce more risk into European political proceedings than previously estimated.”

“Germany has become less predictable as of tonight so markets should take note. The success of the populist far-right Alternative for Germany (AfD) is rippling through German politics by removing the conventional coalition options for Merkel. She now has to experiment with the first three-party federal coalition (not counting Bavarian sister party, Christian Social Union (CSU)) in Germany’s history. By simple arithmetic, this requires more negotiation and coordination. Moreover, the political gaps between the parties remain large and both The Greens (Alliance 90) and the Free Democrat Party (FDP) have every incentive to be tough partners. Therefore it is not expected any government formation would proceed quickly or exhibit the usual German stability. Tonight was as much a bad night for Merkel as for French President Macron."

“While her final vote count was lower than many expected, a fourth term for Angela Merkel is certainly a mark of stability for Germany. If we compare it to the most recent European elections, and certainly the French election, the result was what many investors would have wanted, which is a stable and predictable outcome.

“What may concern some is the unexpected gains of the right-wing AfD party. Nevertheless, with Angela Merkel’s fourth term, Germany’s main stock market, the DAX moves positive on the day, and I expect, should the positive momentum continue, we will challenge for the all-time high of 12,951 made in June this year.”

MPs who want to cut prison numbers are letting us down