The first Skipton Building Society Retirement Index has revealed a reality checkpoint at the age of 35 when the practicalities of preparing for a good retirement start to truly hit home. The research suggests younger people feel optimistic about retirement despite few making preparations, while older people are actively planning for their future. However, those in the middle struggle to confront the problem, despite being aware of the issues.

The Skipton Building Society Retirement Index is one of the first comprehensive studies to explore not just financial wellbeing, but also sentiment and confidence, looking at how expectation compares to reality when it comes to planning for life ahead. Based on 3,000 online interviews conducted by Ipsos MORI among adults aged 18-75 in Great Britain, Skipton’s Retirement Index will build a regular picture of retirement sentiment at different stages of working and retired life. 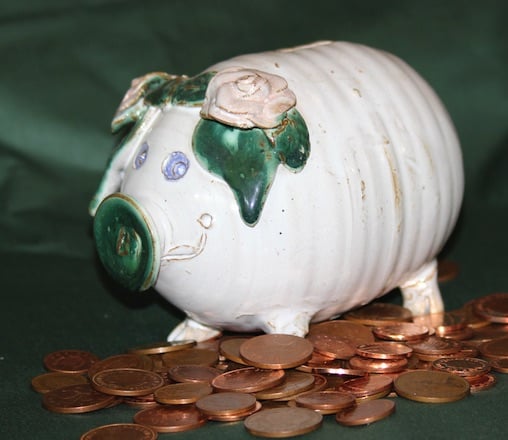 This first round of the index found that people who had retired were nearly twice as positive about retirement as those yet to retire. A range of factors, including personal finances, confidence, health and wellbeing, and views on society, were used to produce a single number: pre-retirees scored 3.3 out of 10, compared to 6.1 for retirees.  This suggests there is a significant gap in expectations between the reality experienced by retirees, and the low expectations and perceptions of those yet to retire.

The research also found that ignorance appears to be bliss for younger people with nearly four in ten (38%) 18-24 year olds believing they will be able to have the lifestyle they want in retirement, compared to 23% who disagree. Yet just one in five (21%) 18-24 year olds surveyed agree that they understand the financial options and products available to them for retirement, and the same proportion are actively preparing for retirement.

Older respondents were gloomier about their ability to set aside enough money, as awareness of financial products increases alongside other financial commitments. Thirty-five to forty-four appears to be the turning point when a higher proportion of people are pessimistic than optimistic about being able to live the lifestyle they want in their retirement. Positivity reaches its lowest ebb between the ages of 45 and 54 when nearly two in five (39%) people say that they feel their preferred lifestyle for retirement is out of reach.

“Too often, we try to understand retirement in purely financial terms. What the Skipton Retirement Index shows is that emotions, expectations and sentiment can play an important role in how people feel about their retirement and the subsequent decisions that they make.

“Retirement is a rapidly growing concern as people are living longer and will need more money for later life. We’ve identified that there is a clear period from 35 onwards when people can see the future realities of retirement in years to come, but can’t see past their immediate concerns and financial commitments, such as children and mortgages.

“However, we can also see that the best solution is not to put your head in the sand, but to take action. Planning for life ahead is not just a financial matter, and addressing some of the fears we might have about later life can be helpful to put to rest those nagging doubts.”

The research shows that active preparation plays a key role in driving optimism, and that it’s not until people are approaching their mid-50s when they gradually become more positive about their life after they finish work. Pre-retirees surveyed who are actively preparing for retirement are over three times more likely to say they are confident they will have the lifestyle they want compared to those that are not preparing (58% to 18% respectively), and this similarly high proportion is true regardless of household income.

Looking specifically at those aged 55-64, half (50%) are taking or have taken active steps to prepare for retirement. Two in five (43%) agree they will be able to live or are living the lifestyle they want, compared to 29% who disagree.

Those retirees who did take active steps to prepare are significantly more likely to be satisfied in their retirement. More than three-quarters (77%) of retirees who made active preparations say they are living the lifestyle they want, compared to just 43% who didn’t prepare. These retirees who prepared are also more likely to believe their retired years are the ‘best days of their life’ than those who didn’t prepare (48% to 29%, respectively) and to say their standard of living is as good as, if not better, than that of their parents’ generation (83% to 54%, respectively).

The research highlights an ‘expectation gap’ between those who have already retired and those who are yet to do so: two in five (39%) of all retirees believe they’re now living the best days of their lives, compared to just one in six (17%) pre-retirees who predict they will say the same once they retire. However, retirees are doubtful about the prospects for future generations, with only one in six (17%) believing the next generation’s retirement will be better than their own.

“With so many changes occurring to the pensions landscape, this new piece of research from Skipton is both timely and useful to understand how retirement confidence and those actively preparing for it vary across the age groups.

“We know that no two retirements are ever the same, but exploring the gaps between people’s perceptions of later life and comparing it with the reality, it’s reassuring to note that the picture may not be as gloomy as we’d first expected – and that the key lies in being prepared.

“In order to lay the best possible foundations for a retirement that you can look forward to, it’s a case of the earlier the better. Whether you’re 18 or 36, taking active steps now will certainly pay off in the future.”

• 34% of pre-retired Brits surveyed are confident they’ll be able to live the lifestyle they want in retirement, compared with 65% of retired people surveyed who do.

• A lack of income/money is cited as the main reason (41%) among those retirees surveyed who don’t feel they have the lifestyle they want, followed by poor health (17%).

• Almost a third (32%) of pre-retirees surveyed are not looking forward to retirement and less than a third (28%) surveyed believe their standard of living will be as good, if not better than that of their parents’ generation.

• Compare this with the three-quarters of retirees (74%) surveyed who say their standard of living in retirement is as good, if not better, than their parents.

• 79% of those who we have defined as “happy retirees”[1] took active steps to prepare for their retirement.

• Almost half of retirees surveyed feel they are ‘comfortable’ or ‘well-off’ financially (48%).

• The least optimistic group are pre-retired middle aged people (35-54 years), with just three in ten (31%) surveyed believing they will achieve the lifestyle they want in retirement.