The number of entrepreneurs, employers and communities in the UK owning and controlling their own business through a co-operative enterprise has reached an all time high with record 15.4million memberships of co-operatives, an increase of 36% since 2008 and 13.6% in the last year.

The number of co-operative businesses in the UK has also risen by 28% since 2008 and 4.0% in the last twelve months alone, a growth due the people seeking independence, fairness and control by ‘growing their own’ business, according Co-operatives UK.

“A record number of people in the UK are now members of co-operatives. They are economically active within those co-operatives and have a big stake in making them a success. This is why we can still see growth in the co-operative economy – despite the very tough economic trading conditions. More and more Briton’s are turning to co-operatives, taking greater control of their own destiny and growing their own way out of recession.”

The report outlines how local shops, owned and run by members of communities across the UK had a combined turnover of Â£49m in 2012 with 51,510 members and how, in the last 12 months, more than 8,000 members have raised Â£9m through community share offers to register 35 new co-operative community businesses in the UK.

Those choosing the co-operative option and ‘growing their own’ co-operative enterprises include individual entrepreneurs, employers who are sharing ownership, communities, customers and even sports fans who own and run their own clubs.

It is the growing appeal of sharing ownership, sharing profits and sharing control that is resulting in a diverse co-operative economy in the UK that includes customer owned shops and community pubs, foster-care and child-care providers, and multi-million pound Co-operatives such as Co-operative Energy. 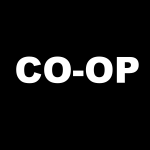 “People are taking action, they want a say in what matters to them. In this time of limited economic growth and social challenges, the appetite is to seek to achieve independent control, to run a fair organisation that benefits all and to place increasing importance on planning for the longer term. The result is that the co-operative enterprise, with these principles at its heart, is becoming a very real option for many creating a resilient, ‘home grown’ co-operative economy.”

A copy of the ‘Home Grown: The UK Co-operative Economy 2013’ can be downloaded from:

The Rise in Flexible Lending

James Caan Gives Seal Of Approval To Not Going To Uni