Red Tuesday: The Top Dumping Day of the Year is Four Days before Valentine’s Day!

‘Red Tuesday’ is the top dumping day of the year, just four days before Valentine’s Day, according to new research by IllicitEncounters.com, the UK’s top dating website.

3,000 people were surveyed on Illicit Encounters and one in five – 22% – had broken up with someone the week before Valentine’s Day.

Dumping someone electronically is also rising in popularity with 7.5 in 10 people breaking up with someone over their phone.

The top six ways people chose to dump their partners were:

The period between Christmas and February is always a popular time for people to spring clean their love lives as well as their homes, but there is a sharp increase in people breaking up with their partners four days before Valentine’s Day.

22% of people surveyed had admitted to breaking up with someone the week before Valentine’s Day, with the majority (473 of the 660) saying they made a clean break four days before the festival of love. 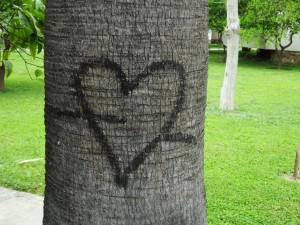 “There are many different reasons people make such a drastic decision so close to Valentine’s Day,” said psychologist Lucy Redford, “Some people realise how much they don’t love someone with the romanticism in the air; some buckle under the pressure of committing; others think they can probably do better if they’re not happy and because Valentine’s Day is a national celebration, it’s hard to ignore. For a lot of couples, the 14th February brings them closer together and makes them realise how in love they are. For others, it’s a reminder of the cracks in their relationship. A lot of people cannot bear to be false and celebrate something that doesn’t exist, so they break up beforehand. It might seem quite cruel but it’s very emotionally damaging for a person to be in a relationship that’s not giving them anything positive. Staying when it’s not working can be a lot more toxic in the long run than going your separate ways.”

“Last year we had a record number of new members joining the site the week before Valentine’s Day,” said Claire Page, spokesperson for Illicit Encounters, “This is without a doubt due to the amount of people who have been dumped before Valentine’s Day and don’t want to be alone on the 14th, as well as the inflation of people who want to make a change if they’re in a stale relationship. We all have a fundamental need to feel important, loved and valued. If you’re not happy, do something about it – have an affair!”

A Third of British Adults Generously Donate Food Over Christmas