Responding to the early results of the Greek referendum which predict a comfortable 'no' vote, Nick Dearden the director of Global Justice Now said:

"The people of Greece have stood up to the bully boys of the Troika and the violent imposition of their neoliberal policies.

"Our deeply unequal global economy relies on ordinary people having no real voice over economic decisions, so this 'no' vote  strengthens the battle for a fairer, more humane, people-centred Europe.

"For the first time in history, austerity politics have been put to a popular vote and they have been resoundingly rejected.

"We must stand with the people of Greece to secure deep debt cancellation, an end to austerity policies, redistribution of wealth within the EU and serious banking regulation." 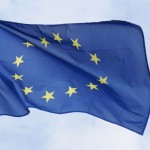 EU politicians and bureaucrats have played a disgraceful role in the run up to this vote.

"Commissioners, ECB officials and the president of the European parliament have spent the last week trying to vilify and destabilise a democratically elected government.

"This is the lowest point the EU has ever known. Urgent reform of the EU is required and we cannot rely on the current institutions to do this."