The UK government's proposals to accept up to 20,000 refugees over the next five years are feeble says the Green Party, which is calling on Prime Minister David Cameron to welcome substantially more refugees.

Natalie Bennett, Green Party Leader, has celebrated the fact that almost 450,000 British people have signed a petition calling on the government to 'accept more asylum seekers and increase support for refugee migrants in the UK'.

"The grassroots response to the global refugee crisis underlines that British people want a humane, decent society that meets its international moral and legal obligations.

"While David Cameron's response has been severely lacking at best, the strong and compassionate response from Dalston to Brighton and Hove has been inspiring.

"Through petitions and other community actions, the British people have been sending a strong message to Westminster that more must be done urgently to help refugees who have risked their lives to escape conflict and violence."

Parliament will consider a debate on the petition if it passes 100,000 signatures. 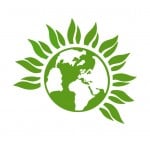 "The Prime Minister's announcement – which amounts to letting in just 12 Syrian refugees per day until May 2020 – is pitifully short of what's needed and of what British people want and expect.

"The UK should be taking more refugees – and doing so as quickly as possible. We have a moral responsibility to help those fleeing terror and persecution. The Prime Minister's decision to let in so few refugees is deeply disappointing – and particularly feeble when compared to the numbers taken in by some of our European neighbours.

"Britain should be leading the way by welcoming substantially more refugees and by working with other EU countries to share responsibility for this crisis."

Sterling money market data collection and the reform of SONIA