Nearly half of financial services professionals (49%) globally don’t believe that any regulator has managed to strike the right balance between protecting investors and underpinning growth, according to a survey commissioned by global professional services firm Kinetic Partners.

Overall, fewer than one in five highlighted any single national regulator as having found the right balance between stabilising the financial system, protecting investors, reacting to public opinion and creating a framework for growth.

Other key findings from the survey include:

· Only 12% globally believed that the SEC had found the balance between growth and protection, with the figure the same for US respondents;

· 18% thought that the FCA had achieved this balance, rising to 20% of those based in the UK;

Overall, 49% thought that no regulator had succeeded in this respect, with a majority of respondents in the US and the UK holding this view. When asked for the single most important factor in delivering an effective regulatory framework for financial services, more than three quarters of professionals cited single global regulatory standards (29%), principles-based regulatory standards (26%) or better communication from regulators (22%).

“Despite a slight home country bias, those most directly affected by financial legislation feel that regulators are still struggling to find their way. What many would like to see in the future is principles-based regulation that’s consistent across the borders,” said Monique Melis, Global Head of Regulatory Consulting at Kinetic Partners. “This will not be easy to achieve, however.” 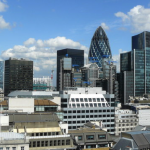 Those calling for greater harmonisation in Kinetic Partners’ 2014 GRO report include Andrew Baker, chief executive of the Alternative Investment Management Association and Ron S. Geffner, Vice President of the Hedge Fund Association. Former Irish Taoiseach and EU Ambassador to the US John Bruton, also adds his voice, but warns that reaching agreement between even the US and Europe will not be straightforward.

Doug Shulman, Kinetic Partners’ Director of Regulatory Compliance in New York, said: “Despite calls for greater coordination, there are far too few examples of cross-jurisdictional approaches between regulators and that has made the regulatory environment increasingly more difficult, and often confusing, for banks, asset managers and hedge funds.”

Whilst a minority (43%) say that, in seeking to impose burdens on firms outside their domicile, regulators have increased competition, 62% say the impact has been to push up prices for asset management services and products.

Shulman continues: “Global managers might welcome a uniform regulatory approach across borders, as they struggle to satisfy the growing number of regulators that impose their individual requirements overseas. Without proper international coordination, it will be increasingly difficult to comply with the growing body of regulation, particularly for smaller firms. It’s not clear that would be in consumers’ interests.”