Britain has today paid homage to its fallen heroes on the 30th anniversary of the day that Argentine forces made an amphibious assault on the Falkland Islands.

To mark the event a single candle was lit to burn for 74 days (the length of the war) in Staffordshire's National Memorial Arboretum's Millennium Chapel where widows of those that gave their lives gathered to remember them.

This comes at a time when Argentine political interest is once again focussed on whipping up a domestic fervour for Argentine control of the islands.

The Argentine president Cristina Fernandez de Kirchner has recently been ratchetting up the tension by such actions as preventing UK cruise liners from docking in Argentina. There have also been attempts to bring the rest of South America along with her for the ride.

Thank goodness then that the UK government has today come out very strongly against any such Argentine claims.

Writing in the Telegraph William Hague, the Foreign Secretary, robustly defended the rights of the Falkland Islanders to determine their own futures and said that Argentina had recently been attempting to coerce the islanders into submission and that the UK would though defend their sovereignty.

The Prime Minister, David Cameron, has also said that there would be no compromise over the Falkland Islands and paid tribute to the armed forces that were involved in re-taking the islands.

He also said that while remembering the 255 UK service personnel and three Falkland Islanders who lost their lives we should also remember the 649 Argentines who fell during the 74 day conflict.

In a statement the Prime Minister said:

Thirty years ago today the people of the Falkland Islands suffered an act of aggression that sought to rob them of their freedom and their way of life.

Today is a day for commemoration and reflection:Â  a day to remember all those who lost their lives in the conflict – the members of our Armed Forces, as well as the Argentinian personnel who died.

Today, we salute the heroism of the Task Force which set sail to free the islands.

We are rightly proud of the role Britain played in righting a profound wrong. And the people of the Falkland Islands can be justly proud of the prosperous and secure future they have built for their islands since 1982.

“That was the fundamental principle that was at stake thirty years ago: and that is the principle which we solemnly re-affirm today.

Many people would argue that Britain could not re-take the islands should they be invaded. But just as many say that Argentina is, at present, in no way capable of repeating such an operation.

But things change. So we should keep a weather eye on the interests of the Falkland Islanders in the future. We must be wary of the siren calls in decades to come, as Argentina’s economy improves (as it doubtless will) and its military builds once again, that the money the UK spends on defence in the region could be better spent in Britain. Be in no doubt this will happen; especially when the UK looks to expensive decisions over aircraft carriers and the like.

The only thing that should ever sway Britain away from this need should be the wishes of the islanders themselves. And the Argentines are not doing a very good job at the moment of making allies on the islands. 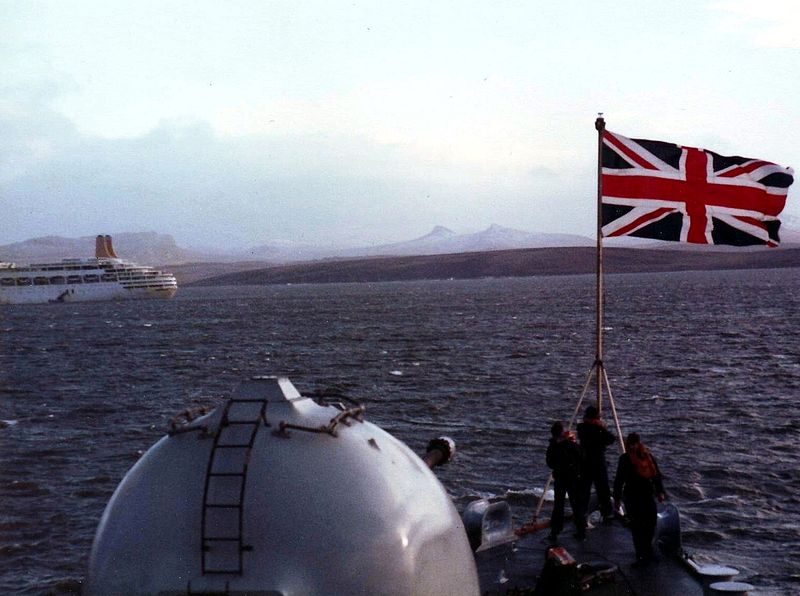 Cameron vows to restore order in the face of recent violence