* Total gross mortgage lending has risen 2.0% to Â£15.0bn; remortgaging now accounts for 23% of the total market.

* Those remortgaging are each taking out an average of Â£22,615 in extra equity (above the value of the redeeming loan) – the highest amount per individual since January 2012.

* This implies a total of Â£527.3m equity withdrawal by remortgaging in June – the largest total amount of equity being released from remortgaging for over one year (since May 2012).

LMS figures reveal that monthly gross remortgage lending decreased by Â£462m in June to Â£3.5bn. This is down 11.7% on May’s Â£3.9bn reported by the Council for Mortgage Lenders (CML) last week.

The CML has also reported that total gross mortgage lending rose 2.0% in June to Â£15.0bn, from Â£14.7bn in May. As a result, remortgages now represent 23% of the market.

The average remortgage loan amount has risen by 2.6% over the past month and now stands at Â£149,514. This is the highest figure LMS has on record. 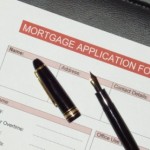 “However, remortgage customers were taking out a record amount of equity – the highest amount since January 2012. A fifth (20%) said they did so to fund home improvements, whilst a further 9% used the additional funds to pay off debts.

“With Mark Carney confirming that interest rates will not be rising for the time being, others who are considering remortgaging would do well to take advantage of the current deals, as there will be an avalanche of remortgage activity once interest rates do eventually increase.”