LMS estimates that the value of monthly gross remortgage lending increased by 41% to £7.2bn in July compared to June’s CML figures and also up by 89% from July last year. This is the largest amount since October 2008 and is a massive boost to the industry following a slow start to the year for remortgaging.

The total amount of equity withdrawn from remortgaging in July stood at £1.27bn, up 16% from June and up a staggering 183% since July of last year when equity stood at £449m. This is the largest amount withdrawn since April 2008 when £1.35bn was withdrawn through remortgaging. The improved affordability of remortgaging and substantial savings borrowers can make as a result of record-low rates have encouraged greater levels of activity. 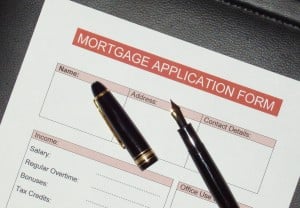 “Remortgaging has come back with a bite in July, following sluggish levels of activity throughout the latter part of 2014 and first months of 2015. We are confident these levels will be maintained with a steady stream of customers for the remainder of the year as record-low affordability encourages borrowers to lock in competitive rates.

“Despite news that a base rate rise may be on the cards, lenders have not hiked rates and there are still many excellent deals to be had as lenders compete for business. But these will not last forever and borrowers should consider remortgaging now to avoid missing out.

“The current economic climate and rising average incomes mean households are typically less stretched then previously. Remortgaging has never been as affordable and can offer huge monthly savings as the gulf between new purchase and remortgage payments as a percentage of income grew, to 2.7%*. A six year high in the amount of equity withdrawn through remortgaging shows financially shrewd borrowers are keen to capitalise on these potential savings.”