Renewable energy – such as wind – is only competitive thanks to generous Government subsidies. Those subsidies are paid for by consumers through higher household energy bills. The TaxPayers' Alliance can reveal that, even based on conservative projections, those subsidies will rise from just under £2 billion this year to over £5 billion by 2018/19.

Ministers have claimed that costs will fall over time thanks to greater economies of scale, but the announcement that high subsidies will continue for the foreseeable future suggests that this strategy has failed, despite the transfer of risk from investors to consumers.

Key findings of this research:

• Total support for renewable energy through the main subsidy scheme (the Renewables Obligation and Contracts for Difference) will rise from around £1.99 billion in 2012-13 to over £5.32 billion in 2018-19 as more capacity is added to the network.

• Renewable energy subsidies have failed to deliver reductions in cost. Government policy was supposed to reduce costs by creating economies of scale and driving technological innovation but renewable energy still requires very similar levels of subsidy despite years of subsidy.

• Despite the level of subsidy, the Committee on Climate Change (CCC) has warned that "required investment is at risk" unless higher subsidies for offshore wind are provided.

The total subsidy under the Renewables Obligation is projected to rise as follows says the TPA:

"Targets that require massive investment in the energy sector, to install expensive technologies like offshore wind turbines on an enormous scale, will always mean more profits for energy companies and much higher prices for consumers. If the Government are serious about easing the pressure on people's living standards, they need to take action and scrap lavish renewable energy subsidies. And it is a joke for Ed Miliband to pretend he is taking on the big six on behalf of consumers, when he is proposing to keep the targets in place. If politicians are serious about helping families struggling with their bills, then they need to do something about their dysfunctional and painfully expensive energy policies." 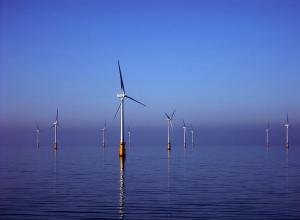