Rent rises have moderated across the UK according to the latest findings from the HomeLet Rental Index. In every region of the UK, the pace of rent rises slowed and in some regions retracted over the three months to August 2015, compared to the previous three-month period.

The trend is particularly marked in areas where rents have been rising exceptionally quickly this year, notably the South East of England and East Anglia.

Nevertheless, on an annual basis, rent prices remain significantly higher than a year ago, with the average UK rent 10.5% higher than in the three months to August 2014.

"Rents continue to run slightly ahead of house prices, with the majority of the UK still experiencing rising rents, albeit at a much slower pace than we saw in the early part of 2015.

"On an annualised basis, however, rents in most regions are still significantly higher than the same period a year ago, with only the North West reporting lower rents for new tenancies in the three months to August 2015 than for the same period last year." 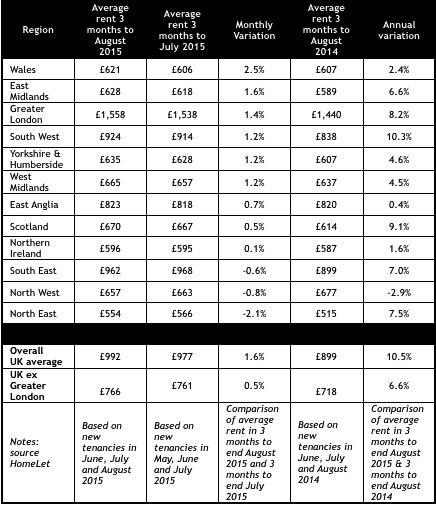 Martin Totty continued: "Broadly we are continuing to see a robust rental market with rent prices continuing to rise. This picture is consistent right across the UK with only one or two exceptions, such as East Anglia, where prices rose sharply in 2014 and early 2015 but have now slowed notably, and the South West, which continues to see annual price rises in double figures.

"We now ask ourselves: will the next few months see the pace of rent price growth resume, or has this slowing set the tone for the rest of 2015?" 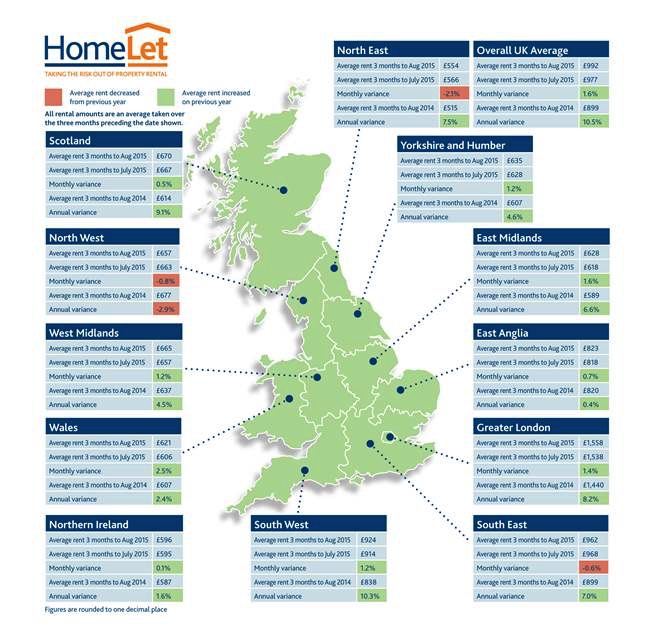 Use factoring to protect your cash flow