A recent report by Housing Voice reinforced today by proposals from Shelter has called for tenancy contract lengths to be increased from six months to 2 years.

The Housing Voice report [1] and the call from Shelter for a Stable Rental Contract has though has met with opposition says SpareRoom.co.uk with an overwhelming 82% of flat and house sharers opposing the move.

In a poll of 1,000 users in September 2012 the respondents were asked how they would feel about such an increase in the length of their tenancy agreement.

The responses were as follows:

The move to longer tenancies may offer families some security to call a home a home, but it is unsuitable to young professionals who wish to remain flexible and do not want to be tied in even if there are break clauses in the contracts says SpareRoom.co.uk.

Landlords are also worried that they already find it hard to get rid of bad tenants and this may just make things harder for them.

Shelter's idea for a Stable Rental Contract goes much further than that of the Housing Voice as it would include:

Matt Hutchinson, director of SpareRoom, commented: "Extended contracts make people anxious, because they think they'll be locked in for longer and the landlord will be able to increase rents at any point. 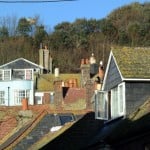 "Given that one of the benefits of renting is the flexibility to relocate to another area or a more suitable property if circumstances change, we can understand why people might be wary of longer contracts.

"Flat sharers also voiced concerns that a 24-month tenancy could place further restrictions on the tenants landlords will accept as they seek to reduce their risk, with stricter rules on deposits and guarantors. It is unclear whether the proponents of these changes have taken such factors into consideration.

"Many landlords would be happy to extend tenancies for good tenants but are precluded from doing so by mortgage lender restrictions. Landlords have voiced their concerns around the provision of longer tenancies, which included the difficulty of evicting bad tenants in the event they damage property or fail to pay their rent.

"A change to rental contracts that discouraged investment in property for rent could in turn serve to exacerbate the housing crisis rather than to resolve it."