To rent a room in the UK's capital is going to set you back nearly £700 a month, the highest in some of Europe's major cities, according to new figures.

According to the study of cities in Scotland, England, France, Italy and Spain, London comes out as the most expensive city for renters. Average rent for a room in London is £692 per month and Edinburgh was the second most expensive in the UK at £447 per month.

The new figures come from the flat sharing company EasyRoommate.com who have collated their data from the past four years to highlight the regional gap in renting a room, whereby London has always been known to have extortionate prices for locals. Surprisingly, Paris had an average monthly rental of £397 and Milan £363 per month.

When looking at Northern England however, places such as Sheffield and Liverpool have some of the country's cheapest rooms to rent, at £335 and £336 respectively. Despite these low figures, they still remain as expensive as some of the big European cities such as Milan and Paris. 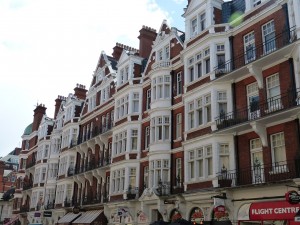 "Going back over 10 years, renting has long been an accepted way of living in the UK, meaning the high demand from tenants seeking a room has led to landlords inflating room rental fees year on year. Teamed with London being such an appealing place for international workers, renters have been suffering from high rent costs for a long time, currently our research shows it to be nearly £700 for a room for a month, well above many cities in Europe.

"The renting lifestyle is not to the same extent in cities such as Paris and Milan, as less young professional and students are in the market to rent a room so landlords are unable to demand such high costs. Whereas in other UK cities such as Sheffield the renting trend is similar to London, hence why you could end up paying the same to rent a room as in Paris."

The cheapest city to live in is Valencia, Spain with an average cost of £165 per month. Close behind is Palermo in Italy, at £166 per month, and Malaga, Spain at £185 monthly.

Since 2012 there has been a 14% increase in monthly rental in Edinburgh and a 13% rise in London. Manchester and Birmingham both saw an 8% increase in the past four years and Liverpool rentals rose by 4%.

Pound Falls to Lowest Level Against the Euro Since May