Rebecca Pow, Tory MP for Taunton Deane, is the 7/1 favourite with Betway to win the 2015 Westminster Dog of the Year competition with a rescue dog from the Dogs Trust.

The coveted crown has attracted 18 entries this year and the online bookmaker make Gosport MP Caroline Dinenage and her Jack Russell, Miss Flea, second favourite at 8/1 alongside Labour's Chris Matheson and Andrew Gwynne.

Conservative MP David Burrowes' labrador Cholmeley is back yet again for another tilt at the title, having come second in 2012, third in 2013, but off the podium altogether last year.

Betway make Cholmeley just 10/1 to win the crown that has eluded him thus far in his long and distinguished career.

Selby and Ainsty MP Nigel Adams' poodle/labrador-cross Eevee is a distant 14/1 to fetch the crown, despite a strong campaign via her own Twitter profile. 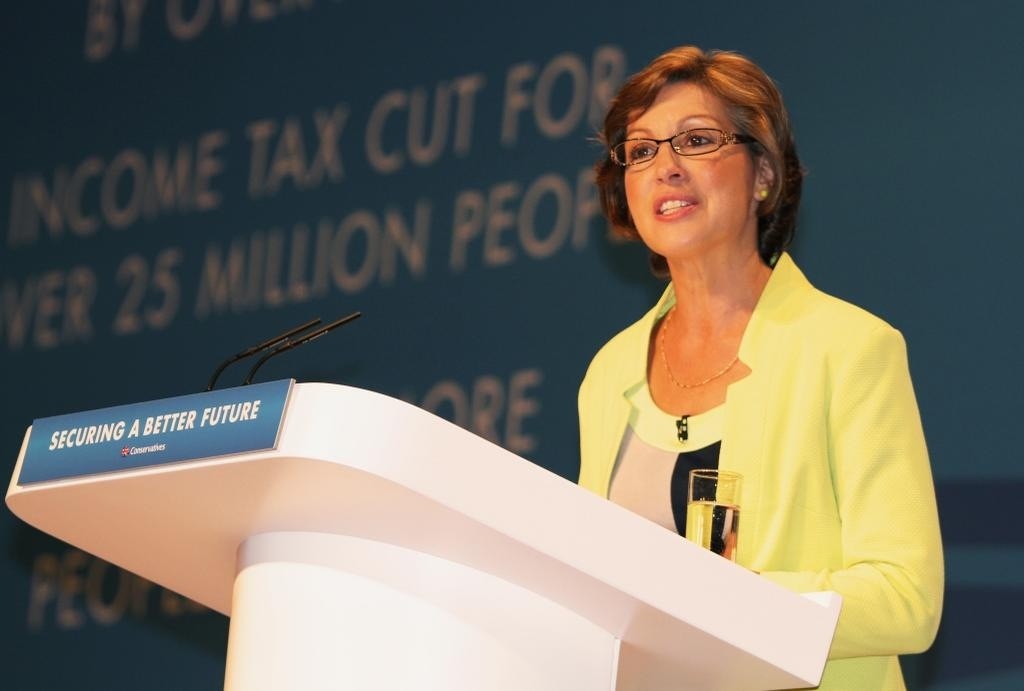 "There are few bigger accolades than Westminster Dog of the Year and this year's contest could be won by just a sniff.

"Despite a groundswell of support from the public, there is little place for sentimentality in this historic competition and it looks like it will be fourth time unlucky for David Burrowes and Cholmeley.

"Hugo Swire's cockapoo Rocco will be wagging his tail after news that the East Devon MP has been lobbying hard for votes this morning, but we think newly elected MP Rebecca Pow will take the biscuit with a rescue dog." 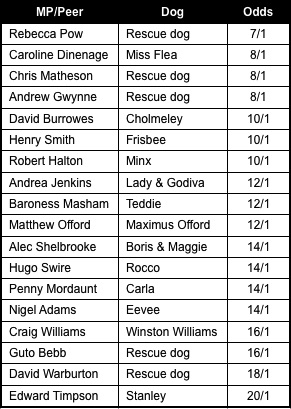 The UK's potential trillion euro counter-claim against the EU