Researchers estimate one in 2,000 people in the UK carry variant CJD proteins

Around one in 2,000 people in the UK may carry variant CJD proteins, concludes a large scale survey published on bmj.com today.

The survey provides the most robust prevalence measure to date – and identifies abnormal prion protein across a wider age group than found previously and in all genotypes.

An accompanying editorial says that although the disease remains rare, “infection” may be relatively common and doctors need to understand the public health measures that are in place to protect patients.

Variant Creutzfeldt-Jakob disease (vCJD) is a degenerative brain disease – often called the human form of bovine spongiform encephalopathy (BSE) or “mad cow disease.” It emerged after widespread exposure to BSE prions in the late 1980s and early 1990s through contaminated meat products in the food chain.

Although there have been only 177 clinical cases of vCJD to date in the UK, previous studies have estimated that around one in 4,000 people may carry vCJD prions. But uncertainty remains about how many people will eventually develop the disease.

And it is still not clear what risk carriers pose of transmitting the disease by blood transfusion or surgery. Despite this, UK health agencies have already taken steps to secure the blood supply and reduce any risk of transmission by surgical instruments.

So a team of UK researchers decided to conduct a further survey to better understand how many people in the UK may be carriers and to identify their genetic make-up (genotype).

They examined over 32,000 anonymous appendix samples from people of all ages who had their appendix removed between 2000 and 2012 at over 41 hospitals across England.

Of these, 16 samples were positive for abnormal prion protein, indicating an overall prevalence of 493 per million population. From this figure, the research team estimate that one in 2,000 people are likely to be carriers.

The presence of prion protein in those born in 1941-60 did not differ significantly from those born between 1961 and 1985 and was similar in both sexes.

And when the samples were grouped into three broad geographical areas (north east and north west; south east coast, south west, and London, and East and West Midlands), there were no apparent differences in abnormal prion prevalence.

As well as finding no particular age group or geographic region affected, no susceptible genotype of patients was identified. 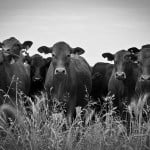 Genetic testing of the 16 positive samples revealed a higher proportion of valine homozygous (VV) genotype on the codon 129 of the gene encoding the prion protein (PRNP) compared with the general UK population. This also differs from the 177 patients with vCJD, all of whom to date have been methionine homozygous (MM) genotype.

The concern is that individuals with this VV genotype may be susceptible to developing the condition over longer incubation periods, or they may not show any clinical signs of disease, say the authors.

They stress that the number of patients with clinical vCJD is still well below the number suggested by the prevalence of abnormal prion protein, even for those who carry the MM genotype. Nevertheless, they say it is essential to continue research into tests to detect abnormal prion protein in blood – and to examine tissue from the 1970s and earlier, before BSE appeared.

In an accompanying editorial, Roland Salmon, a retired consultant epidemiologist, says that although we know much about these fascinating, if terrible, diseases, many important questions remain about their characteristics and what other animal prion diseases may be transmitted to humans.

He argues that the UK’s prion research capacity “is well placed to answer such questions” and that “further disinvestment would be premature.”

How technology is advancing the design industry