The British Property Federation this afternoon told a House of Lords committee that proposals unveiled in last years’ Budget to ensure ‘the fair taxation of residential property’ – such as the 15% stamp duty rate – are damaging investment in UK housing.

The House of Lords Finance Bill Sub-Committee, which scrutinises proposals unveiled in Budget 2012, heard how a package of measures intended to ensure the ‘fair taxation of property’ after widespread media reports alleged avoidance of stamp duty by wealthy foreigners, were ‘cobbled together with no prior consultation’ and gave very little thought to the impact ‘on bona fide businesses’.

The BPF told the Committee that the Government should abandon plans to extend capital gains tax and implement as early as possible proposed exemptions from the 15% stamp duty rate for genuine property businesses that were announced following the Autumn Statement last year.

Peter Cosmetatos, director of policy at the British Property Federation, said: “While some of the damage has been remedied and bona fide businesses are generally unaffected by the stamp duty changes, it is very difficult to see how capital gains tax proposals can be redeemed. This most ill-conceived and complex element of the package will create incentives that run wholly counter to their declared policy aim. 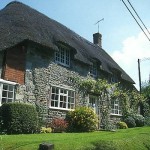 “The two most significant changes that we would recommend at this point are theÂ abandonment of the capital gains tax proposals, and implementation as early as possible of the proposed exemptions from the scope of the 15% rate which is already in force.

“It would have been bad enough needlessly to unsettle ordinary taxpaying businesses and to alarm actual and prospective inbound investors with poorly thought through announcements about future changes.Â  What made matters far worse was the inexplicable decision to introduce the 15% rate with immediate effect and no consultation at all.”