Speaking at the 9th World Congress of the International Association of Restructuring, Insolvency and Bankruptcy, Paul Tucker – the Bank’s Deputy Governor for Financial Stability and a member of both the Financial Policy Committee (FPC), the Monetary Policy Committee (MPC) and the Board of the Prudential Regulation Authority – outlines the keys steps necessary to further the progress already made by the international regulatory community on resolution since the crisis.

Paul Tucker explains how resolution is essential to solving the problem of Too Big to Fail: “…if you believe in an international financial system that is not only free but also safe, in shielding taxpayers from the risks in banking, and in shielding banking from politics, you will be committed to making a success of resolution”. Absent effective resolution regimes, capital requirements for systemically important financial institutions (SIFIs) would be “considerably” higher, “supplemented no doubt by more radical restructuring of banking than planned to date by any of the major countries”. He says that, personally, he doubts that that alternative route would work in the end. “In short, there is no alternative to submitting banking and its investors to the disciplines of capitalism – failure as well as success. We cannot afford to have banking, so central to the allocation of capital in market economies, semi socialised.”

If progress has not been faster, Paul Tucker says it is because the required reforms affect property rights. “In democracies, that is rightly debated thoroughly to ensure that it has legitimacy and is subject to the right checks and balances”. He notes that all the jurisdictions of the G20 are committed to incorporating the Financial Stability Board’s (FSB’s) Key Attributes for Resolution in to their domestic legislation. “The US has largely done so. The EU is very close to doing so, through the Recovery and Resolution Directive. Switzerland has largely done so. Between them, this will account for the home countries of 24 of the 28 globally systemic banks listed by the FSB and the Basel Supervisors Committee last year.”

Paul Tucker describes the work underway to operationalise the resolution of large cross-border groups. Two broad approaches have been identified: a single-point-of-entry approach, where the liabilities of the holding company are restructured, or multiple-point-of-entry, where resolution tools are applied separately to different parts of the group. He says, “For most Global SIFIs it is fairly apparent whether…with their current structures, they are best suited to single-point-of-entry or multiple-point-of-entry resolution.” Both approaches, he says, rely upon coordination between home and host authorities, noting “Over recent months there has been marked convergence in how the world’s key authorities plan to approach resolution”, with a FDIC/Bank of England joint paper on resolution only one example of intensified cooperation.

Paul Tucker sets out the further steps required to ensure these resolution strategies can be implemented. First, he says, the authorities are going to need to decide how much loss-absorbing debt SIFIs need to have in issue. In Europe, he says, the draft resolution directive provides a framework. “…a global discussion is needed on this…my own provisional view is that the minimum for bonded debt might need to be equivalent to the sum of the firm’s regulatory equity requirement plus a margin (X) less any surplus equity. That would mean that bailin could be used to cover losses beyond a firm’s required equity base up to an amount X and then to recapitalise back to the ab initio equity standard.”

Second, Paul Tucker highlights the need to ensure that the imposition of losses on creditors does not itself cause systemic distress through contagion. Most obviously, he says, regulators must ensure that banks do not have material holdings of each other’s bonds and that insurance companies do not have concentrated exposures to banks’ bonds. 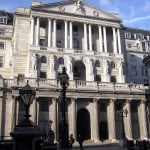 Third, in terms of group structure, Paul Tucker says that it will be apparent that, even once the statutory resolution regime is in place, “…many financial groups are going to need to restructure themselves in order to achieve resolvability – financially, legally, organisationally…These will be bespoke restructurings – and will be on top of the plans for systematic structural reforms of banking around the world (Vickers, Volcker, Liikanen, and so on).”

Fourth, there is need for clarity about where different types of creditor stand. The big issue, he says, is about uninsured deposits: should they rank alongside senior unsecured bonds or should they be preferred? On the substance of the issue, he says he can “…see a case for both insured and some uninsured depositors being preferred. That would help to provide some protection, beyond the DGS, for users of the monetary services that banks provide via overnight and short-term deposits; it could provide a small degree of protection against runs; and there could be an element of social justice in insulating, say, small firms and charities from the first line of loss”.

The most important next step though is to complete the implementation of the necessary legislation, with the EU resolution directive absolutely crucial. He highlights that it is unlikely that in future decades the West will account for such a large share of the unequivocally systemic firms and says that not a few emerging market countries are watching progress in the EU. “Indeed, it is not an exaggeration to say that the EU’s Directive is the keystone to breaking the back of the TBTF problem.”

Last Chance to Transfer Your Final Salary Pension Out of the UK?

Motorcycle Manufacturers Up the Ante on Buyer Incentives