The 'No' campaign (or 'Leave the EU' depending on the final question to be asked in the EU referendum) had a slam-dunk victory in the first round.

Peterborough hosted the first of several EU Referendum debates that will take place across the East of England in the coming months. On the 'Out' side were UKIP's Patrick O'Flynn MEP and UKIP Deputy Chairman Suzanne Evans and on the 'In' side were Julian Huppert, the former Liberal Democrat MP for Cambridge and his teammate Laura Sandys, former MP for South Thanet and current Chairman of the European Movement.

UKIP reports that it was "…a fast paced debate with opening speech from each side and then short cross examination before lots of quick questions from the floor and a wrap up speech at the end from each side."

Those at the debate were balloted both at the start and at the end of the debate with the results as follows:

"Our Referendum Roadshow got off to a really great start in Peterborough. People seemed to enjoy the fast pace of debate. It is great to test our arguments against those advocating for staying in the EU. I am grateful to Laura Sandys and Julian Huppert for taking part and glad that they seemed to enjoy the format as well. This event showed that UKIP politicians and supporters are ready to debate with anyone, we are confident of our case and confident that we can carry the country with us when the referendum comes." 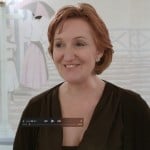 "The fast-paced debate format worked brilliantly; we covered a lot of ground and I think that helped sway the 'don't knows' to our side. The fact is that when you start to drill down into the detail of how the EU operates it's nigh on impossible not to see how utterly unnecessary it is to Britain's success. We also managed to blow apart some of the 'in' sides sound bites which don't stand up to scrutiny. Many thanks to Julian & Laura for taking part and to my fantastic team mate Patrick who had the economic arguments completely nailed down."

Cameron urged to agree to a Tobin Tax on the City