Responses to the Liberal Democrat Manifesto

The Liberal Democrats have published their manifesto for the 2017 snap General Election, with they say an "opportunity to change Britain's future – by changing the opposition".

The choice at the moment, says the party leader, Tim Farron, is between a Tory driven "extreme and divisive Brexit" and the Labour party that no longer functions as an effective opposition.

Some of the key policies being put forward by the Liberal Democrats are: a second EU referendum on the deal brokered between the UK and EU, raising income tax by 1p in the pound in order to raise £6 billion for the NHS and social care, put an extra £7 billion into education and end the imprisonment of those who possess illegal drugs for personal use.

"The Liberal Democrat Party rightly places planning for the economy of the future at the heart of its manifesto, with a clear focus on spurring innovation and entrepreneurship, and on delivering a world-class education for our children to equip them with the skills to succeed. 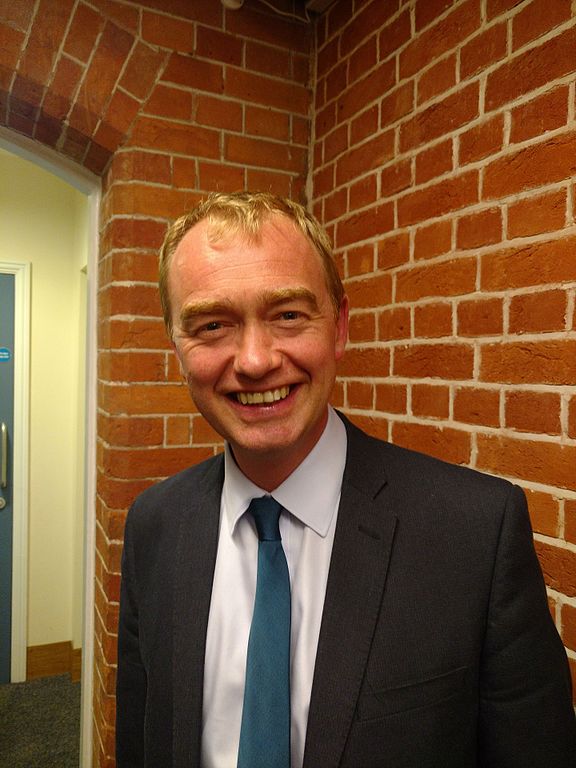 "Solving the UK's housing shortage is vital for workers and firms alike. For Britain's businesses, it's a problem that affects them on a daily basis, denting productivity and making it difficult for many to move home and bring their skills to new jobs. We have long called for a quiet revolution in the way business and politicians think about, provide and deliver housing, so firms will welcome ideas on helping first-time buyers and homeowners up the housing ladder.

"However, as we chart a new course in our relationship with Europe, it's all the more important that the United Kingdom remains a highly attractive country in which to invest and create jobs. Reversing cuts to Corporation Tax and not getting behind Heathrow's expansion will limit the country's ability to remain internationally competitive."

"A major investment in apprenticeships is vital to create a skills-based, internationally competitive economy. We call on the Lib Dems and other political parties to remain committed the new breed of employer-designed degree apprenticeships funded by the Apprenticeship Levy. These produce business-ready graduates and can go a long way to match skills with sector need.

"Putting relevant skills training into the heart of the education system is important, but won't be a silver bullet on its own. The government will need to focus on both young people, and upskilling those already in the workforce with hands-on, practical skills that are relevant to the future of the UK economy."

"Unfair global trade deals and corporate tax avoidance cost developing countries billions and make it harder to tackle poverty. This massive drain means the poorest women and girls are shut out of education and healthcare when schools and hospitals are left short of funding.

"It is vital that the UK negotiates trade deals with developing countries that will help tackle poverty. Trade has the potential to create opportunity and lift millions out of poverty but it must be done in a way that benefits women and the poorest.

"After endless corporate tax scandals, transparency is vital to restoring public trust and tackling corporate tax avoidance. Requiring companies to publish their tax payments, including in tax havens and the world's poorest countries, is an important next step in the fight against tax dodging.

"ActionAid calls on all parties to commit to corporate tax transparency and trade deals that work for the poorest people."

The Liberal Democrats have been very weak in the betting and the spread for the number of seats they will win in June has fallen from an opening show of 31.5 seats to just 13.5 seats.

The good news for them is that Vince Cable is odds on at 1/2 to be re-elected in his former constituency of Twickenham. Party leader Tim Farron is 1/7 to retain his seat whilst former leader Nick Clegg is 1/8 to remain a member of Parliament.

"When we put the market out we felt that there would be a bounce and the Lib Dems would regain many of the seats lost at the last General Election," said William Hill spokesman Rupert Adams. "Clearly our customers disagree and are expecting another torrid night for Tim Farron and co."