The number of restaurant insolvencies has jumped by 15% over the past 12 months to 747 restaurant business insolvencies up from 648 in the previous year*, according to the Restructuring and Insolvency team at Moore Stephens, the Top 10 accountancy firm.

Moore Stephens says that many had hoped that the UK economic recovery would lead to a noticeable surge in consumer spending on eating out. However, this has not materialised and factors such as increasing energy and food prices have conspired to hit struggling restaurants hard.

Moore Stephens says that the tipping point for many individual restaurants has been the extremely bad weather last winter, with heavy flooding through key trading periods like Christmas, New Year and Valentine's Day impacted trading for many restaurants.

At the same time consumer spending on eating out has increased in real terms by only a small amount – 0.8% over the past year – despite the rapid fall in unemployment. 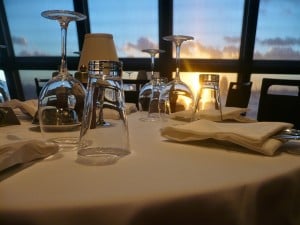 "The fact that the weather can push so many restaurant businesses into insolvency shows how fragile the finances can be in this sector."

"Restaurants are being squeezed between rising costs and stagnant consumer spending on eating out. Many have struggled through five years of belt tightening by customers, which has seen cash reserves run extremely low."

Moore Stephens says that the minimum wage has increased over the last 12 months from £6.19 to £6.31, although only a 2% rise it is another strain upon some restaurants' bottom line.

Many smaller restaurant businesses used to be able to keep costs down by avoiding paying National Insurance on tips they passed on to staff as part of their wages, or by paying some staff at below minimum wage.

Says Mike Finch: "That kind of cost cutting isn't sustainable and it isn't legal, but some restaurant businesses saw it as the only way to scrape by. However, HMRC is now looking very closely at this sector to ensure tax and minimum wage compliance."

Moore Stephens says that with consumers still reluctant to increase spending on eating out, restaurant groups are already having to plan for a possible increase in interest rates that may push disposable income down.

"Restaurant owners should start to plan ahead for the inevitable interest rate increases. These will certainly have a knock-on effect for their businesses, and it is important to be prepared for this eventuality," adds Mike Finch. 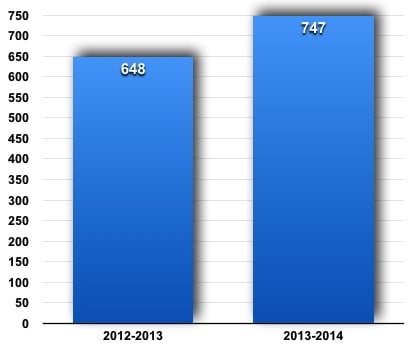 Bank of England FPC changes stance on recapitalising the banks