Retail Sales Decreasing? Not in These Retail Sector Stocks

Echoing the overall sentiments of the U.S. economy, U.S. retail sector sales fell (apparently) unexpectedly in January by the most since June 2012, as initial claims for jobless benefits rose more than forecast.

Not surprisingly, analysts everywhere were blaming the cold weather for the weaker-than-expected results, noting that components that depend on foot traffic—including auto dealers, department stores, and restaurants—were hindered by the unusually cold weather. But on closer inspection, I think our energy would be better spent blaming the economy for the poor numbers rather than the weather.

The biggest declines in the retail sector were from motor vehicle and parts dealers (-2.1%); sporting goods, hobby, book, and music stores (-1.5%); department stores (-1.5%); and clothing and clothing accessories stores (-0.9%). These four industries are more representative of discretionary spending than essential services, like food.

Having said that, at the other end of the spectrum, essential retail sector services, like food and beverage stores (which include grocery store stocks) and gas stations, experienced month-over-month increases.

If weather was to blame for weak retail sector sales in January, I would expect to see retail sector sales to be down in all areas that rely on foot traffic. But that’s not what we’re seeing. People are spending money at grocery store stocks (0.4%) and gas stations (1.1%). We’ve even increased our year-over-year spending on food services and drinking places (3.2%). Basically, when push comes to shove, we need to eat and get to work—which isn’t so dependent on the temperature outside.

This means that Americans are willing to face the cold weather for what they need, but not for what they’d like. This is more reflective of a general malaise regarding the economy than the weather. After all, if you have the money and need a car or TV, you’ll get one. 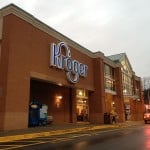 This article Retail Sales Decreasing? Not in These Retail Sector Stocks by John Paul Whitefoot, BA was originally published at Daily Gains Letter.