Surprisingly good news for the retail sector as the lights flash green across just about the whole board. Except that is for some high street outlets.

Both the value and volume of seasonally adjusted retail sales rose in January 2012 compared to the previous month, the previous quarter and on the same time last year according to the latest figures from the Office for National Statistics (ONS).

The Value of retail sales rose by 4.4% compared to last year and the volume rose 2%.

Store price inflation fell from 3.8% last year to 2.5% in December and further to 2.2% in January as estimated by the implied price deflator.

The ONS says that sales volumes were primarily driven by “non-store retailing, other stores and predominantly food stores”.

The larger jump in retail values over retail sales points to increased prices says the ONS. 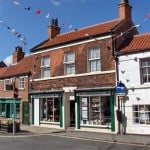 Smaller stores saw a larger growth in sales compared to their larger brethren and internet sales have shown an increase from 8.9% of all retail sales (excluding automotive fuel) in January 2011 to 11.9% in January 2012.

But for some 2011 was not such good news. According to data compiled by PricewaterhouseCoopers and Local Data Company, up to 14 town centre retail chain stores have been closing down every day; with the hardest hit being menswear, books, electronics and holiday retailers. Some of these closures were however offset by a rise in the presence of charity shops, pound shops, supermarkets and credit unions.

This is being blamed on competition from the supermarkets and on-line retailers.

Nida Ali, economic advisor to the Ernst & Young ITEM Club said “These figures are a bolt from the blue and are at odds with the much softer survey data. The 0.9% monthly increase in retail sales was unexpected, especially on top of the strong rise in December. There is always a big question mark over the December and January figures because of the huge seasonal effects, so we do treat these figures with a degree of caution.

“Heavy discounting still seems to be the main driver for the rise in sales, with retailers continuing to slash prices to sustain market share. This is clearly an unsustainable strategy and it is difficult to see these sort of growth rates being sustained.

“It will be interesting to see how these figures affect GDP in Q1. GDP fell in 2011Q4, despite a sharp rise in retail sales, but this latest set of data must further reduce the chances of a second successive decline in GDP in Q1.

“The fundamentals underpinning consumer spending are still weak. Wage growth is sluggish, unemployment is on the rise and households are heavily indebted. With inflation now starting to cool, the pressure on individuals' incomes is likely to ease, but it will be a long time before real incomes actually start to increase. The struggle for retailers is far from over.”

Faith in the global economic recovery at a four year high