• 63% of consumers view Halloween purely as a commercial opportunity

• Over 80% of all pumpkins bought annually are bought at Halloween

Retailers are in for a treat this Halloween as shopper enthusiasm at the scariest time of year means Brits are spending more than ever before.

Almost two thirds (64.5%) of consumers will celebrate Halloween in some way this year and themed entertainment, confectionary and costumes are all expected to be in high demand. This year, a growing consumer interest beyond traditional confectionary and pumpkins is expected to drive the increased spend, with both adults and children celebrating by dressing up, decorating their homes and watching horror films. Clothing and costumes sales alone will be worth around £148m this year according to new research by leading ecommerce partner Webloyalty.

The study, carried out by market researchers Conlumino on behalf of Webloyalty, found that Brits are preparing to make bigger purchases across entertainment, clothing, decorations and food this Halloween. With an average spend of over £10 (£10.77) per person, Halloween is an important time of year in retail as 57% of Brits will spend money on specific Halloween goods, providing a timely boost before the Christmas rush. Low cost goods including pumpkins and confectionary are the soul of Halloween spending and confectioner’s can look forward to over half (54.3%) of consumers buying chocolates, sweets and candies in the run up to October 31st. Pumpkins, synonymous with this time of year are expected to be in high demand as the research shows that 82.6% of all pumpkins bought annually are bought at Halloween. 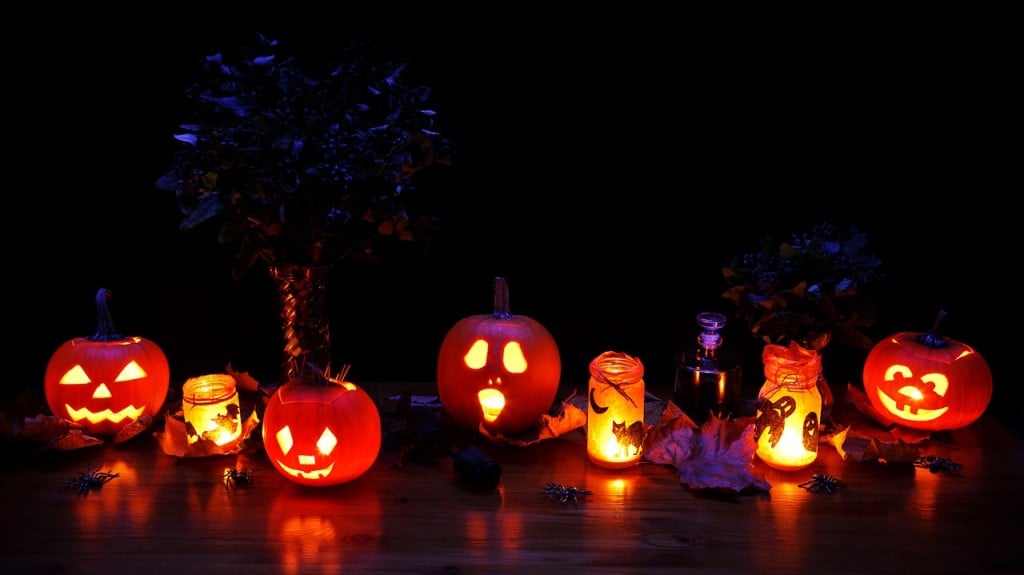 Despite the increase in overall sales, independent retailers including fancy dress shops and grocers hoping to cash in on Halloween themed merchandise are set to be disappointed. Over half (51.1%) of those who are spending this Halloween will be buying fancy dress costumes from a supermarket chain (Tesco, Sainsbury’s Morrisons, Asda, Waitrose, Co-op, Aldi or Lidl). It’s set to be challenging for independent retailers with nearly a quarter (24.8%) of shoppers are looking to discount stores, pound stores and charity shops. With 20% of shoppers citing Amazon as their preferred destination to buy costumes for Halloween parties and ‘trick or treating’, bespoke retailers are facing a battle to compete on multiple fronts.

The research shows that Brits are favouring the high street, rather than online retailers to shop this Halloween. Out of those planning to make special purchases, nearly half (48%) will shop mainly in store or only in store compared to 3.8% preferring to shop solely online. “With projected spending up this Halloween, it’s a great chance for retailers to make the most of seasonal sales throughout October,” said Guy Chiswick, Managing Director of Webloyalty Northern Europe. “The results show that while spending on traditional lower priced goods such as confectionary and pumpkins remain strong, this year we’re embracing the commercial opportunity more so than ever before. A bigger consumer appetite this Halloween has meant an increased demand for entertainment products and fancy dress costumes. This is creating greater competition amongst the big supermarkets and pound stores to provide a complete Halloween package, beyond simply stocking up for trick and treaters and carving the seasonal pumpkin.”

UK Must Seize Opportunities And Adapt To Global Manufacturing Revolution

The impact of the financial crash on pensions