The TaxPayers' Alliance has found that local authorities in the UK had more than £180 billion in long-term liabilities on 31 March 2013, an increase of 8 per cent on the year before. Worryingly, this is almost seven times the amount raised in Council Tax in that year, meaning that those revenues are being used to service debt interest, rather than paying for essential frontline services.

The research also found large disparities in the size of councils' liabilities and the amount they are borrowing, even among similar authorities in the same region of the country.

Among the key findings of the research [1] are: 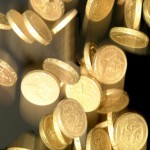 • Some 62 local authorities have long-term liabilities equal to or more than the value of their long-term assets, including Birmingham

• Birmingham City Council, the largest local authority in the country, had the biggest long-term liabilities at almost £6 billion. On a per-resident basis, these numbers are still amongst the highest in the country

• Scottish councils have by far the biggest liabilities relative to their size, with average long-term liabilities of almost £4,200 per resident

• Much of the long-term liabilities are related to the partially funded Local Government Pension Scheme, but 40 per cent take the form of long-term borrowing. This borrowing is mostly from the Public Works Loan Board (PWLB) and market lenders such as commercial banks.

Full data for each local authority across the UK can be found on the TPA website.

Despite the size of these liabilities, many local authorities continue to waste taxpayers' cash on unnecessary projects and expenses.

• Birmingham City Council, with almost £6 billion in long-term liabilities, paid contractors £2,000 for each sapling they planted in 2013

• South Tyneside Council, with long-term liabilities of £6,125 per resident, spent £250,000 [2] attempting to uncover the identity of "Mr. Monkey," an anonymous blogger who was criticising council bosses for wasteful spending

• Councillors in Surrey, whose long-term liabilities outstrip their long-term assets, recently voted themselves through huge allowance increases [3] including a 59% hike for the Council leader.

“It is nothing short of immoral for councils to pile further debt on the next generation. Britain's public finances are in real trouble, and local authorities can no longer avoid tough choices by putting the bill on taxpayers' credit card. Councils must look again at overgenerous pensions and wage a war on waste, or Britain's debt burden may soon become too heavy to bear."